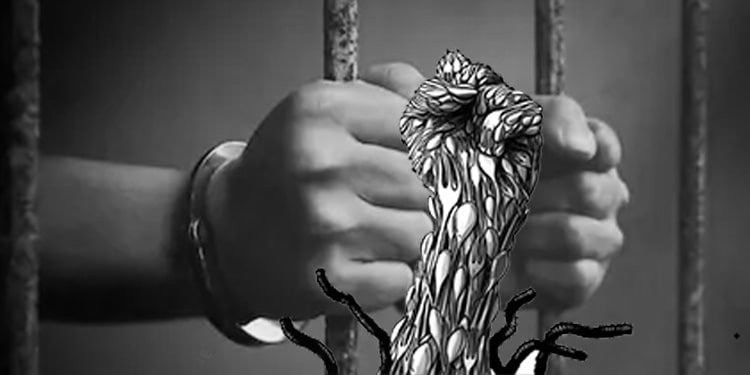 Sakineh Parvaneh’s hunger strike began on Monday, May 25, 2020, in protest of her five-year prison sentence and the authorities’ failure to comply with the principle of separation of crimes.

The Revolutionary Court of Tehran has sentenced the Kurdish political prisoner to five years in prison and a two-year ban on membership in political groups.

Sakineh Parvaneh comes from a Kurdish family in Khorasan Province of northeast Iran.

She was transferred to the women’s ward of Evin Prison after the interrogation period.

In March 2020, the political prisoner was transferred to the women’s ward at Evin, where she scrawled anti-regime slogans on the walls and for which she was punished. She was later sent into exile in Qarchak Prison.

From solitary confinement to psychiatric hospital

Sakineh Parvaneh was placed in quarantine at Qarchak Prison after 25 days at Aminabad Psychiatric Hospital in Shahr-e-Rey. She had been beaten several times during her quarantine, as evidenced by the swelling and bruising on her face.

She was held in the prison’s quarantine ward for several weeks after her transfer. She was later taken to the Ward 3, where drug and financial crimes offenders are held. Reports indicate that other inmates in the ward have been harassing her.

Political prisoner Golrokh Ebrahimi Iraee sent a letter from Qarchak Prison in which she revealed that the regime is putting greater pressure on two Kurdish political prisoners by transferring them to this notorious facility.

The regime beats and harasses political prisoners and sends them to psychiatric hospitals under the pretext of mental illness. This is a common method of repressing female prisoners.