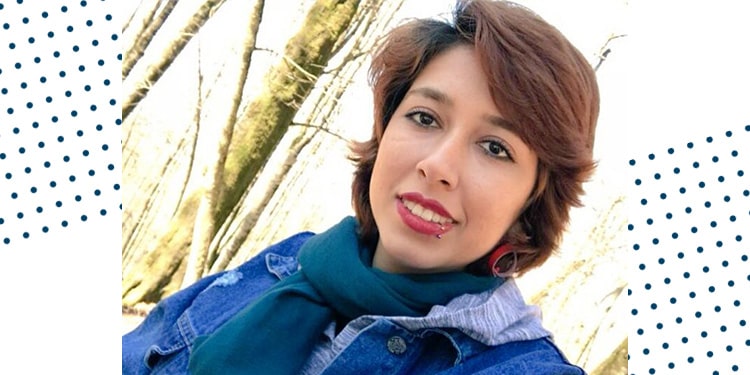 Saba Kord Afshari, 22, was sentenced to 24 years in prison

Civil activist Saba Kord Afshari received a 15-year prison sentence, which was first reduced in the Court of Appeals but then again added to her prison term.

Saba Kord Afshari informed her lawyer, Hossein Taj, of the verdict in a telephone call on May 26, 2020.

The 15-year sentence, issued by the Branch 36 of the Court of Appeals, was reinstated in full.

In November 2019, the appeals court reduced the sentence by 15 years.

Ms. Kord Afshari was first arrested in August 2018, during street protests in Tehran. She was taken to Qarchak Prison and detained indefinitely. She was eventually sentenced to 1 year in prison for “disruption of public order” and transferred to the women’s ward of Evin Prison. Saba Kord Afshari was released in February 2019.

Saba Kord Afshari was re-arrested and taken to Qarchak Prison in Varamin in June 2019. On July 2, she was taken to Ward 2A in Evin Prison, which falls under the purview of the Intelligence Department of the Islamic Revolutionary Guard Corps (IRGC), and pressured to provide a forced confession. She was subsequently returned to Qarchak and was eventually transferred to the women’s ward of Evin on August 13, 2019.

Saba Kord Afshari was repeatedly pressured to make video confessions, something that she strongly resisted and refused to do. The Intelligence Ministry even arrested her mother, Raheleh Ahmadi, as a means of applying additional pressure to force her into making false confessions.