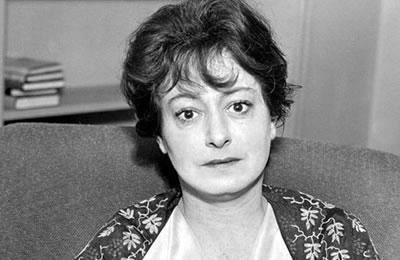 From a conflicted and unhappy childhood, Parker rose to acclaim, both for her literary output in publications such as The New Yorker and as a founding member of the Algonquin Round Table. Following the breakup of the circle, Parker traveled to Hollywood to pursue screenwriting. Her successes there, including two Academy Award nominations, were curtailed when her involvement in left-wing politics led to a place on the Hollywood blacklist.

Dismissive of her own talents, she deplored her reputation as a “wisecracker.” Nevertheless, her literary output and reputation for sharp wit have endured.

Parker died on June 7, 1967, of a heart attack at the age of 73. In her will, she bequeathed her estate to Dr. Martin Luther King, Jr. Following King’s death, her estate was passed on to the NAACP.

In 1988, the NAACP claimed Parker’s remains and designed a memorial garden for them outside their Baltimore headquarters. The plaque reads:

Here lie the ashes of Dorothy Parker (1893–1967) humorist, writer, and critic. Defender of human and civil rights. For her epitaph she suggested, ‘Excuse my dust’. This memorial garden is dedicated to her noble spirit which celebrated the oneness of humankind and to the bonds of everlasting friendship between black and Jewish people.

Dedicated by the National Association for the Advancement of Colored People. October 28, 1988.