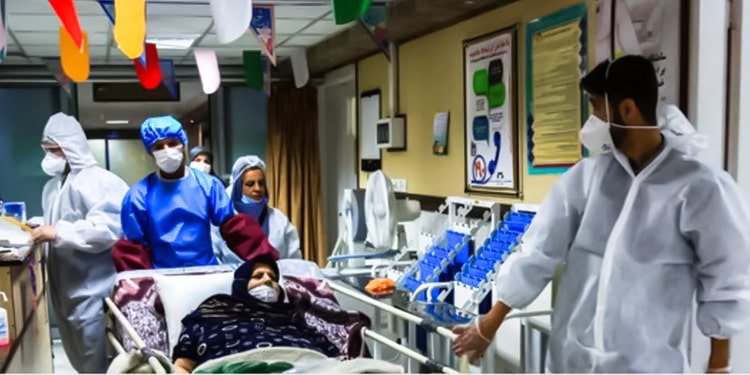 The number of coronavirus victims in Iran exceeds 50,000

The death toll may unfortunately reach 200,000 or 300,000, according to the regime’s Deputy Health Minister

The number of coronavirus victims in Iran exceeds 50,000. As of Sunday, June 7, more than 50,000 people have died of the novel coronavirus in 325 cities across Iran’s 31 provinces.

Minoo Mehraz, a member of the committee to combat the coronavirus, announced, “About 20 percent of the country’s population (about 17 million) has been infected with the virus, and at least 40 percent to 70 percent will become infected.”

The number of coronavirus victims is such that a state-run media outlet, Asr-e Iran, wrote, “Coronavirus is taking more casualties from the Iranian people than the war [with Iraq], but since it is silent, it is deceiving” (The state-run Asr-e Iran daily – June 6, 2020).

On June 4, Mahmoud Hosseinpour, Vice-Chancellor of Hormozgan University of Medical Sciences, declared, “Bandar Abbas has recorded the highest number of infections in a new wave of the virus. Of the patients, approximately 25% are housewives who become infected when they do the daily shopping and come into contact with people outside the home.”

The spread of poverty and social harm is also the result of the mismanagement of the Covid-19 pandemic in Iran.

Commenting on the coronavirus’s negative impacts on women, Rokna state-run news agency wrote on June 8, 2020,  “According to Ministry of Health’s official announcement, 7.5 million families (more than 30 million people) in Iran have daily incomes. Women make up part of the 30 million people and earn their daily – and sometimes family expenses – by doing housework, working in underground workshops, peddling, and so on.”

Women heads of households, especially women with home-based jobs, have been unable to work for more than a month since last year due to the coronavirus outbreak and the holidays.

“If these women had been on the government’s list of workers, they would have received 260,000 Tomans per month, at best. But with that money, is it possible to make a living?” (The state-run ROKNA News Agency – June 8, 2020).

“I don’t think the government will be able to cover the damages for women’s small or large businesses,” said Tayyeba Siavashi.

She also spoke about increasing poverty levels among women, saying, “One of the poorest sections of society is women because in countries like ours, they have a harder time accessing wealth. So they have no savings. When problems such as the coronavirus outbreak occur, and women have no insurance, their problems double.

“A significant number of women are heads of household and work to provide for their families. These women need financial support to make ends meet without resorting to illicit behavior as a means of survival.

“When the government lacks a strategy to support its citizens, particularly women, it contributes to societal ills. This issue will become more widespread as women are increasingly marginalized.”