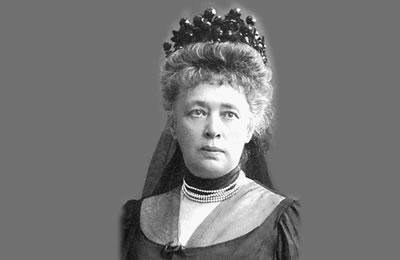 Bertha Felicitas Sophie Freifrau von Suttner (9 June 1843 – 21 June 1914) was a Czech-Austrian pacifist and novelist. In 1905 she was the first woman to be awarded the Nobel Peace Prize, thus being the second female Nobel laureate after Marie Curie’s 1903 award, and the first Austrian laureate.

Suttner became a leading figure in the peace movement with the publication of her pacifist novel.

On 21 June 1914, a few weeks before war broke out, she succumbed to cancer. She had planned to attend the next Universal Peace Congress, which was scheduled to take place in Vienna in the autumn.

Suttner also was an accomplished journalist, with one historian stating that her work revealed her as “a most perceptive and adept political commentator”.