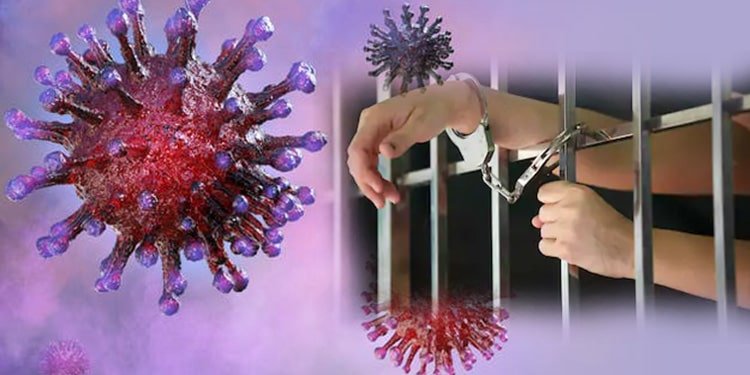 Zeinab Jalalian returned from hospital to jail to the same room with Soheila Hijab, putting her at risk of infection

Eight inmates infected with Covid-19 have been abandoned without any care in Qarchak Prison. At the same time, political prisoner Zeinab Jalalian who is also infected was taken to a civic hospital but after being examined, she was returned to jail to the room were non-infected prisoners are held.

Informed sources said after the news of the Intelligence Ministry’s opposition to treatment of Zeinab Jalalian leaked out, Qarchak Prison authorities sent her to a civic hospital under heavy security measures.

There, Zeinab Jalalian was examined by specialist doctors who confirmed that her test was positive. The CT scan images indicated that her lungs had been damaged by the coronavirus, and contained blood cloths.

A physician told Ms. Jalalian that she needed to stay in a clean place free of stress under the supervision of a doctor and eat healthy food in order to recover. Otherwise, she would suffer irreparable damages to her respiratory system.

Despite doctors’ recommendations and the normal procedure for any Covid-19 patient, Zeinab Jalalian was returned to jail on June 9 and taken to the room where Kurdish lawyer and political prisoner Soheila Hejab is being detained. Ms. Hejab is not sick and is now at risk of the contagion.

Ms. Jalalian has been relocated after being detained in the same room for several days with other Covid-19 patients. Her family are very concerned about her health conditions.

The conditions of Qarchak Prison are abysmal. Infected inmates are held in the prison’s “club” which is an unsanitary place without ventilation. The patients are abandoned in this place without providing them proper care and even food.

A new report from Qarchak Prison says eight inmates infected with Covid-19 say they have contracted the disease from a prisoner who returned from furlough. Now, they have been transferred to the club where they are abandoned and nobody cares for them.

For example, one day, they were not given food until 5 p.m. because the prison guard was afraid of entering the ward.

The rest of the inmates who have the symptoms of Covid-19, refuse to take tests in fear of being abandoned in isolation.