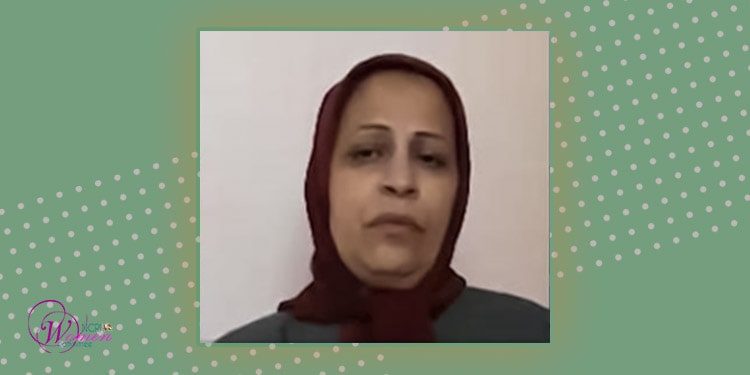 According to the news made public on Saturday, June 13, 2020, several dangerous prisoners recruited by the Ministry of Intelligence and prison authorities have threatened to assault and murder the political prisoner.

Political prisoner Zahra Safaei was arrested along with her daughter, Parastoo Moeini, on February 24, 2020 and transferred to the Ministry of Intelligence Detention Center (Ward 209 of Evin Prison). Then they were transferred to Qarchak Prison of Varamin in mid-April.

Political prisoner Zahra Safaei was among the 20 arrested Iranians listed in the statement of the Iranian Resistance on May 5, 2020, in which the NCRI called for urgent action to save their lives.

Zahra Safaei endured time behind bars as a political prisoner from 1981 to 1989. She was arrested again in 2006, and subsequently banished to the Prison of Qazvin in 2009. Her father, a prominent figure in the Tehran business community, was executed in 1982 on charges of supporting the People’s Mojahedin Organization of Iran (PMOI/MEK).

The Iranian regime systematically sends female political prisoners to the notorious Qarchak Prison to increase the pressure on them and break their resistance, or to brutalize and kill them by dangerous prisoners incited and hired by prison authorities.

Political prisoners are not safe in Qarchak because the principle of separation of prisoners according to the categories of their crimes is not observed in this all-women prison.

Qarchak Prison is also plagued with the Covid-19 disease as prisoners with symptoms are not isolated and quarantined. There have been reports of the infections of some 100 inmates in this prison.

Political prisoner Zeinab Jalalian who had been recently transferred to Qarchak on May 2, 2020, has contracted the disease and tested positive.

Many other political prisoners including Golrokh Ebrahimi Iraee, Forough Taghipour (who has also contracted the disease), and those arrested in the protests in November 2019 are detained in Qarchak under deplorable conditions.

This seems to be a deliberate attempt on the part of the regime which has been taking advantage of the deadly virus to get rid of its resistant and firm political opponents.

The NCRI Women’s Committee renews the call by the Iranian resistance on the UN Secretary-General, the High Commissioner for Human Rights, the UN Human Rights Council, and other international human rights organizations to take urgent action to secure the release of political prisoners in Iran and to dispatch a delegation to inspect the clerical regime’s prisons and visit the prisoners.