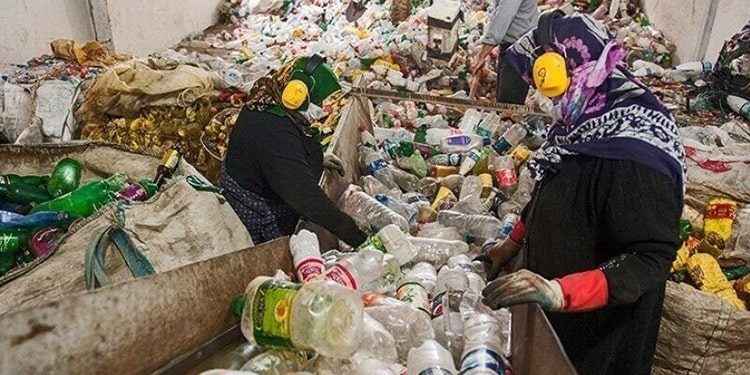 Some 120 workers are employed at Safireh, a garbage-sorting site in Ahvaz. The majority of women workers of Safireh are heads of household and they risk injury and contracting diseases.

The women who work at Safireh have delinquent guardians, or no guardians at all, and face difficult challenges.

The women workers of Safireh are mostly heads of household, and work 8 hours a day in the garbage dump to earn a living. They receive a salary of 2 million Tomans a month. Meanwhile, “the poverty line in Iran is at 9 million Tomans” (The state-run Jahan-e San’at newspaper – June 2, 2020).

Workers at the site have not been paid since the beginning of the Coronavirus outbreak, in February 2020. As a result, the women workers of Safireh are under tremendous financial pressure. Authorities have yet to take any action to provide assistance or remedy the situation (The official IRNA news agency – April 30, 2020). 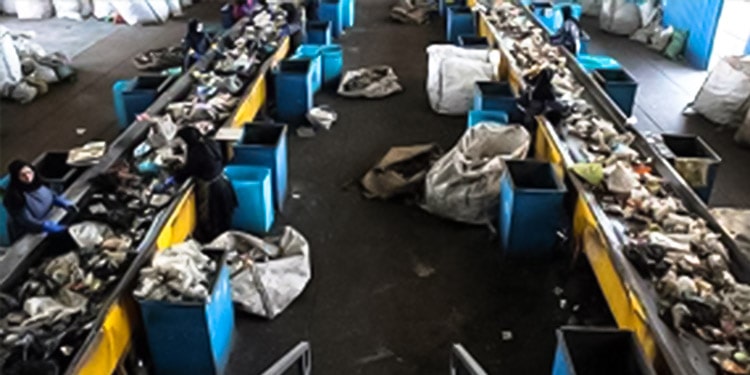 Token examples of the suffering of Safireh women workers

The women workers of Safireh come to this site every day from different parts of the city to earn a living by sorting garbage at the city dump. In doing so, they move piles of garbage with their hands on a daily basis. More than a thousand tons of garbage is collected daily at this site.

Hasibeh, 35, is among those women. Her husband suffered a serious accident 15 years ago and has been paralyzed ever since.

She leaves her home in the outskirts of the city at 5:30 every morning to go to work. There is no bus service at that time of the morning, and Hasibeh has to make the long journey to the site by taxi. She has been working at Safireh for the past 5 years.

“We were covered by a pension from the Relief Committee a few years ago, but it was not really enough to cover the expenses of a family of four with two children and a disabled husband. That’s why I decided to find a job,” Hasibeh said.

“It is very difficult for an illiterate woman to find a job. I searched for work for a long time, but no one was willing to trust a woman who lived in the slums. Then I came across a garbage-sorting company looking for staff. I never imagined that one day I would be working in a place full of flies and pollution, so I had to learn to separate the garbage while ignoring my surroundings,” Hasibeh continued.

Hasibeh, whose sunburned face makes her look much older, spoke about the dangers she faces: “In this line of work, we face the danger of serious illness, as well as hazards, when we come into contact with things like syringes and other sharp objects. Last year, an infected syringe fell onto my hand and I had to be hospitalized for 25 days. Since then, I have to have a test every 3 months to make sure I’m healthy.”

Hasibeh went on to describe another woman who suffered burns 2 years ago. “About 2 years ago, my friend was burned badly and scarred after boiling water from a samovar spilled on her. The contractor not only refused to help her; [they] also published a false report.”

Another of these women is Tooba, a 40-year-old who lives with three of her children. Her fourth child is an older daughter who is married and lives elsewhere.

“My husband was ill for many years and we paid a lot of money for his treatment, but he eventually died. I live with my two daughters and son in Hasirabad. Life is hard for us. It is impossible to earn 1.5 million to 2 million Tomans just to get by in these economic circumstances. We have been unemployed since February 2020 due to the Coronavirus outbreak. We have not received any salary. We haven’t even received our annual benefits.”

Tooba went on to explain, “We are not covered by any supplementary insurance, and even social security insurance is not paid on time.”

“But now, more than anything, we are worried about the company closing and unemployment. The company’s management advised us to apply for unemployment insurance now,” she added.

The painful stories of the women workers of Safireh represent the plight of women heads of households and those with incompetent or absent guardians.

About 4 million women heads of households in Iran have been subjected to double economic pressure as a result of the spread of the Covid-19 pandemic.

According to Zahra Javaherian, a government official, the number of women heads of household has been increasing in West Azerbaijan Province (The official IRNA news agency – May 20, 2020).

The regime took a theatrical measure in April claiming to provide a loan of two million Tomans to these women. But most of them said the loan would not benefit anyone. They asked, “What are we going to do with 2 million Tomans, when the poverty line is at 9 million Tomans?”

Presently, the main problems of women heads of households are lack of insurance and unemployment.