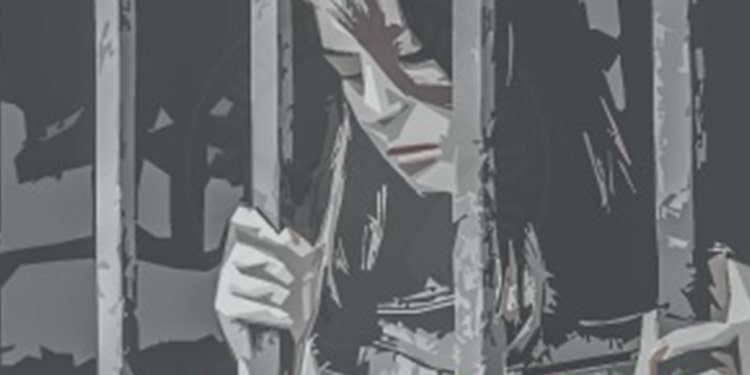 Kurdish political prisoner Sakineh Parvaneh was recently beaten by several criminals in prison. They targeted the prisoner after prison officials in Ward 3 of Qarchak Prison incited them.

Sakineh Parvaneh was beaten while she has been on hunger strike since May 25, 2020, in protest to her five-year sentence, and authorities’ failure to enforce the principle of separation of crimes.

After her transfer from Evin to Qarchak Prison, Sakineh Parvaneh was transferred in April to Aminabad Psychiatric Hospital in Rey. There were visible signs of beatings on her body.

“Since being transferred to Qarchak Prison, Sakineh Parvaneh has been admitted to Aminabad Mental Hospital several times, where she has been further pressured and brutalized. These occurrences indicate violations of human rights,” wrote political prisoner Golrokh Ebrahimi Iraee, in an open letter from Qarchak Prison, in April 2020.

Women prisoners in Qarchak Prison are often beaten, as part of the violent and repressive methods used on political prisoners.

Inmates, incited by prison officials, beat up the four political prisoners on July 29, 2019. Saba Kord Afshari subsequently fainted, and her condition deteriorated because medical personnel delayed attending to her.

After repeated calls for help by other women political prisoners, a nurse finally arrived in the ward without any blood pressure gauge or a stretcher to carry Afshari. Finally, a half-conscious Saba Kord Afshari was wrapped in a blanket and taken to the dispensary, where she was insulted by the nurse, Teymouri, and the physician, Hamed-Yazdan. This led to a verbal conflict between them and Yasaman Aryani, who was then attacked and brutalized by common criminals, incited by the authorities in charge of the dispensary. Aryani sustained injuries to her face and suffered bruising all over her right arm and both legs.