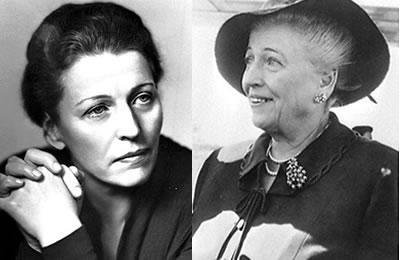 Pearl Sydenstricker Buck (June 26, 1892 – March 6, 1973; also known by her Chinese name Sai Zhenzhu) was an American writer and novelist. As the daughter of missionaries, Buck spent most of her life before 1934 in Zhenjiang, China.

Her novel The Good Earth was the best-selling fiction book in the United States in 1931 and 1932 and won the Pulitzer Prize in 1932. In 1938, she was awarded the Nobel Prize in Literature “for her rich and truly epic descriptions of peasant life in China and for her biographical masterpieces.” She was the first American woman to win the Nobel Prize for Literature.

After returning to the United States in 1935, she continued writing prolifically, became a prominent advocate of the rights of women and minority groups, and wrote widely on Chinese and Asian cultures, becoming particularly well known for her efforts on behalf of Asian and mixed-race adoption.

In 1938 the Nobel Prize committee in awarding the prize said:

By awarding this year’s Prize to Pearl Buck for the notable works which pave the way to a human sympathy passing over widely separated racial boundaries and for the studies of human ideals which are a great and living art of portraiture, the Swedish Academy feels that it acts in harmony and accord with the aim of Alfred Nobel’s dreams for the future.