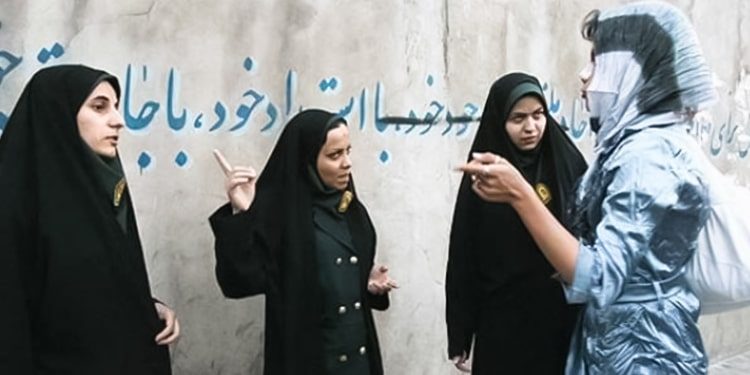 A member of the regime’s parliament called for State Security Force’s intensifying crackdown on women in reaction to their open opposition to the compulsory veil.

“In addition to promoting the culture (of Hijab), combating women who remove their Hijab requires the action of the State Security forces,” Ali Akbar Karimi, member of the regime’s parliament from Arak said while calling for more vicious crackdown on women.

Referring to the growing open opposition to the mandatory veil in public, he said, “There are more and more examples of women who flout the veil in the open and because they are not dealt with, these behaviors have become prevalent in society.”

Karimi also called for the arrest of women who publish posts and photos (which show them without the veil) in the social media. “We want more seriousness in dealing with the damages and insults and the spreading of lies and rumors in the social media,” he said (The state-run ISNA news agency – June 25, 2020).

In a related development, a woman was arrested in Amol on June 23, 2020, for publishing a photo in the social media without wearing the compulsory veil. Amol’s Public and Revolutionary Prosecutor stressed that the punishment for women who violate the hijab law is up to two years in prison. (The state-run ROKNA News Agency – June 23, 2020)

In another case, the state-run media announced on June 23, 2020 that during a joint operation in the city of Arak, FATA (Iranian Cyber Police) and PAVA (Iranian Security Police) forces arrested a young couple who were administrators of a Telegram channel.

Abbas Ghassemi, the Public Prosecutor of Arak, said, “Moral security is one of the priorities of the Judiciary and the State Security Force. Those who attempt to disrupt the society’s security will be dealt with forcefully and without any limitations.” (The official IRNA news agency – June 23, 2020)

Earlier in June, a significant number of women were arrested in Khorasan Razavi Province for posting photos in the social media “without wearing the veil.”

Speech by Baroness Verma to the International Conference at Ashraf 3