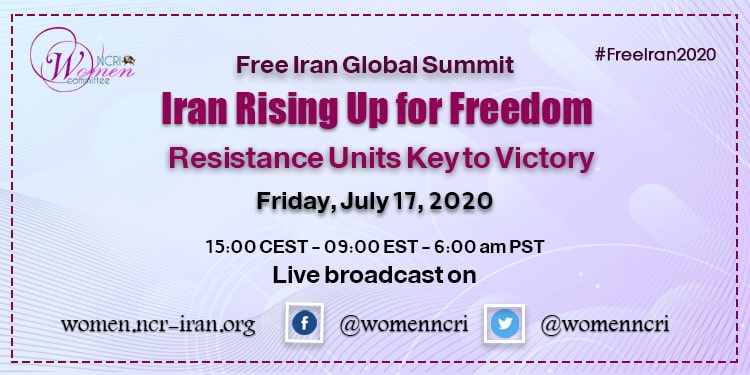 Every year, the Iranian Resistance holds its Free Iran annual gathering to beam a strong message of hope for regime change, freedom and democracy into Iran.

The event is a venue for tens of thousands of Iranians and supporters of the movement from around the globe as well as hundreds of renowned politicians, dignitaries, human rights activists, and parliamentarians from the five continents to declare their support for the people of Iran in their quest for freedom.

The keynote speaker was the charismatic President-elect of the National Council of Resistance of Iran, Maryam Rajavi, whose Ten-point Plan for a Free Iran is the focal point of support by international dignitaries and Iranians worldwide.

The Ten-point Plan calls for human rights, a democratic republic, separation of religion and state, gender equality, pluralism, free and fair elections, the rule of law, justice, abolishment of the death penalty, a market economy, and a nonnuclear Iran in peaceful co-existence with its neighbors.

People’s sovereignty in a pluralist republic based on universal suffrage; freedom of speech, freedom of political parties and assemblies, freedom of the press and the internet; individual and social freedoms and rights in accordance with the Universal Declaration of Humans Rights; independent judiciary and legal system in accordance with international standards based on presumption of innocence; protection and restoration of the environment, are among the objectives of the NCRI for a free Iran.

The Ten-point Plan also puts special emphasis on women’s rights and reiterates complete gender equality in political, social, cultural, and economic rights, and equal participation of women in political leadership; abolishment of any form of discrimination; the right to choose one’s clothing, and to marriage, divorce, education and employment; and prohibition of all forms of exploitation against women under any pretext in tomorrow’s free Iran.

This year, due to the coronavirus pandemic and restrictions on travel worldwide, the Free Iran annual gathering is going to be held online on July 17, 2020. Hundreds of politicians, dignitaries, human and women’s rights advocates, as well as members of the Iranian communities in Europe, the U.S., Canada, Australia, etc. will join together in the virtual conference to announce their support for a free Iran.

Entitled, “Iran Rising Up for Freedom, Resistance Units Key to Victory,” the message of the Free Iran Global Summit is that regime change in Iran is imminent, and the people of Iran led by the National Council of Resistance of Iran will soon be free.

Everyone is invited to join us in this virtual global summit which is broadcast live on women.ncr-iran.org and its social media networks live on Friday July 17, 2020, at 3 p.m. CEST.