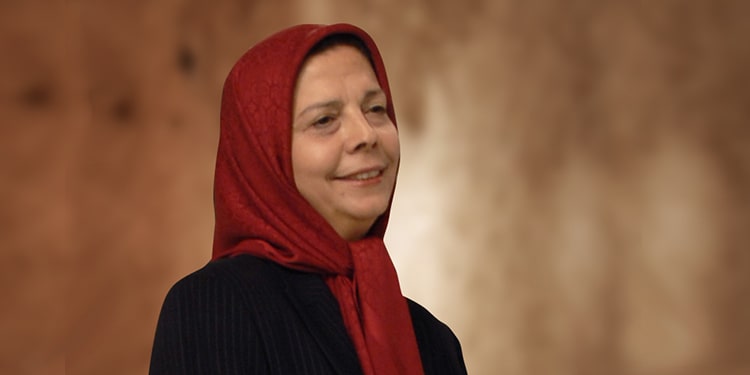 “Our salutes to the blood-drenched generation of June 20, who did not relent in their struggle against the mullahs’ regime, passing from one battlefield to the other, from one torture chamber to the next,” said Massoumeh Malek Mohammadi during her speech to the international virtual conference at Ashraf 3 marking the 40th anniversary of the beginning of the Iranian Resistance.

“They passed through the “residential unit“, “the grave”, “the coffin” and “the cage.” They passed through the death corridors and the hanging halls of the 1988 massacre, and the 14-year blockade and house-arrest in Ashraf and Liberty (in Iraq), but did not budge an iota on their ideals. And today, they are the focal point of hope for freedom of the people of Iran,” she added.

Massoumeh Malek Mohammadi, 63, a deputy Secretary General of the People’s Mojahedin Organization of Iran (PMOI/MEK), became acquainted with the PMOI/MEK during the anti-monarchic 1979 Revolution when she was a college student. She started her political activism as a sympathizer of the PMOI/MEK.

Massoumeh Malek Mohammadi was arrested on January 20, 1983. She was incarcerated in Evin Prison and endured vicious tortures for three years.

As a participant in the peaceful demonstration of PMOI supporters in Tehran on June 20, 1981, Massoumeh Malek Mohammadi witnessed the bloodbath created by the Revolutionary Guards (IRGC) who opened fire on the crowds of half-a-million people in downtown Tehran upon Khomeini’s order.

In her speech to the international conference on June 20, 2020, Massoumeh Malek Mohammadi brought to life the breath taking moments of the beginning of the Iranian people’s just Resistance.

She also spoke of the courage and heroism of Iran’s youth in confronting Khomeini and his bloodthirsty Revolutionary Guards in the course of the Resistance born on that historic day, as well as the endurance and heroism of PMOI women in the dungeons and torture chambers of the clerical regime in the 1980s.

Following are excerpts of her remarks: 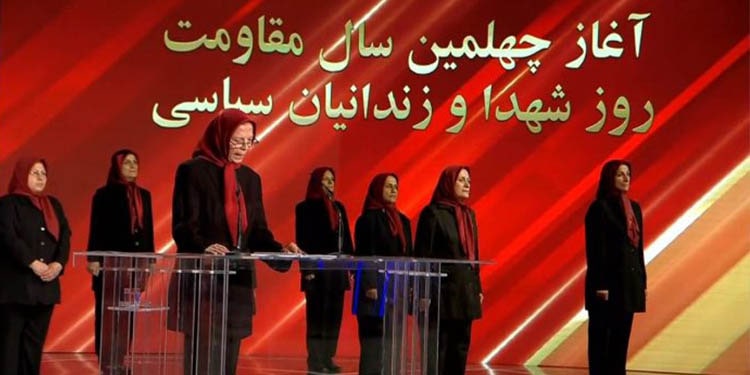 The people of Iran and their People’s Mojahedin Organization are proud of having struggled for 40 years against the world’s evilest enemy of freedom.

Chants of “death or freedom” broke the silence

It is 2.30 p.m. I arrive at Mossadeq intersection with a few teachers accompanying me.

People are walking in Ferdowsi square and in the vicinity of Mossadeq Intersection. Some are alone, others are in groups of two or more people. Some are waiting in line outside the shops. Some are walking on the sidewalk.

The Revolutionary Guards must not find out about the demonstration until the last moment. The regime must absolutely be caught off guard, otherwise there would be no chance for the protest.

I am nervous and worried. “Would the PMOI be able to hold this hundreds-of-thousand strong demonstration?” I think to myself.

The demonstration must start exactly at 4 p.m. The streets are silent and the movements seem normal.

Only 30 seconds are left till 4 p.m. when the roars of “death or freedom” break the silence of repression.

Participants quickly form their ranks at an incredible pace. I am amazed, looking around. Everyone is chanting and we march on towards Ferdowsi Avenue.

We are walking very fast. The crowd is swelling by the moment. I look around and see young men and women crying out, “death or freedom!” “Long live freedom!”

A few minutes later, the sound of bullets fired by Revolutionary Guards.

The Revolutionary Guards open fire and attack the crowd with machetes. Some participants are wounded and laying on the ground covered in blood.

Demonstrators quickly scatter so that they can get together and form the demonstration again. Shops and houses open their doors. People open their arms.

As soon as the Revolutionary Guards attempt to pursue the scattered crowd, we get together again and start chanting.

The hit-and-run battles continue until 8 p.m. The chants of “death or freedom” can be heard in all the areas in downtown Tehran.

The post-revolution peace is riddled by bullets

The Revolutionary Guards opened fire indiscriminately. They made arbitrary arrests, even of those who were wounded.

The coherence and discipline of the PMOI and their communications in the scene were truly amazing. Every move was taken quickly but vigilantly.

On that day, the clerical regime cracked down on the peaceful demonstration of 500,000 of the people of Tehran.

The executions of young men and women and teenagers hastily began overnight.

With the bloody crackdown on the peaceful demonstration of the people of Tehran on June 20, 1981, Khomeini ended the era of peaceful opposition to the regime which had immediately begun after the 1979 revolution.

The next day, the just and legitimate Resistance of the people of Iran for peace and freedom began.

The epical resistance of PMOI women in jails

As I mentioned, the generation of June 20, 1981, passed through dungeons and torture chambers.

Like tens of thousands of PMOI members and supporters, I spent the early years of the 1980s in prison. The stories of Khomeini’s henchmen committing inhuman crimes against their prisoners have been told to some extent. But little is known about our sisters and how courageously they resisted and endured the tortures in jail.

That epical resistance in 1981 in the Khomeini regime’s jails, the everyday executions of PMOI members and supporters by the 100s, 200s, and even 300s and 400s on some days, before the firing squads, the 30,000 political prisoners who adhered to their principles and defended their cause at the cost of being hanged (90% of whom were affiliated with the PMOI), all these are the stories of the June 20 generation and the resistance movement which started on that day.

Like any other great work, the beginning of this resistance was entwined with much hardship and numerous obstacles. But greater, more difficult and more glorious was its continuation over the years.

The Resistance’s secret of invincibility

I have seen all the scenes and felt them through with my flesh and bone, every day and every moment. The savagery and cruelty are undoubtedly among the world’s most unprecedented.

What I would like to attest here, is that there is a greater phenomenon, much more amazing, and that is the Resistance waged in the face of these savageries and suppression.

No wonder that the regime commits such inhuman crimes to preserve its rule.

Wonderful is to have a Resistance standing up to such a criminal regime. Awesome is the continuation of this Resistance, not for one year, not ten years, but for several decades.

How can one resist against the regime and twelve world powers who supported it at the time, and yet come out triumphant?

How can one organize Resistance Units under the repressive conditions in Iran and incite and inspire uprisings?

How can one fight the regime’s demonization campaigns, terrorism, the enemy’s attempts to penetrate the organization, and its conspiracies to disintegrate the movement?

We defeated the ideology of selfish individualism and gender discrimination, to become invincible in the fight against the clerical regime.

We defeated Khomeini’s misogynistic ideology at its core to gain the power to implement true equality between women and men in practice.

The leadership we chose is of the same character and essence, pure and free. We followed and complied with their guidance to become a coherent and resilient movement.

This is the secret of our resistance. And fortunately, today, the younger generation of Iranians have learned about this secret and are joining the resistance movement in growing ranks. So much as to make the mullahs shriek at this growing reality.

One day, our generation chose to launch a nationwide resistance against the mullahs’ regime. No doubt, the day is not far when they overthrow and put an end to the regime’s rule.