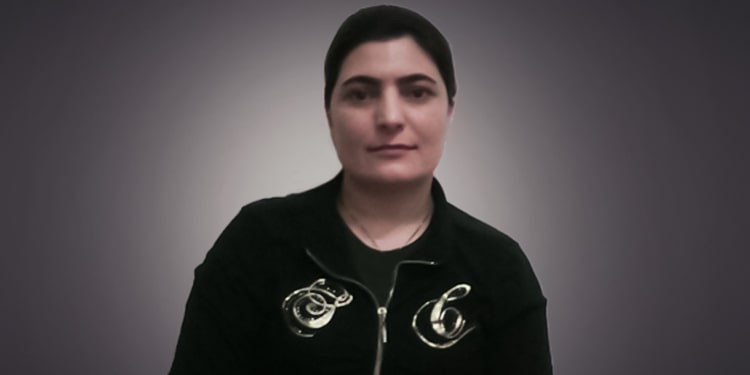 Political prisoner Zeinab Jalalian has been possibly transferred to Kerman Prison, according to a member of Jalalian family.

Zeinab Jalalian went on a hunger strike on June 20, 2020, demanding to be returned to Khoy Prison or transferred to Evin Prison, and to receive medical treatment after being infected with the Covid-19.

However, on the sixth day of her hunger strike, on June 25, 2020, she was transferred out of the quarantine ward of Qarchak Prison to an unknown location.

One of the members of Zeinab Jalalian’s family said, “Yesterday, someone who introduced herself as one of the prisoners in Qarchak Prison called our family and said that a few days ago, a group of intelligence agents took away Zeinab from Qarchak to take her to Kerman Prison.”

At the same time, Ali Jalalian, Zeinab’s father, received a text message from the Judiciary saying his daughter’s case had been directed to the First Branch of the Kerman Criminal Court.

According to the evidence presented by the Jalalian family, it is highly likely that Zeinab Jalalian has been transferred to Kerman Prison, although there is no legal and justifiable reason for this transfer.

Ten days past the transfer of the political prisoner Zeinab Jalalian out of Qarchak Prison, there has been no official news from the Judiciary or prison authorities regarding her whereabouts. She has had no contact with her family during this period.

According to her family, “Agents transferred her from Khoy Prison to Urmia and Kermanshah for two days while her hands and feet were cuffed, then to the Evin Prosecutor’s Office, and finally to Qarchak Prison. During this time, they did not even give Zeinab enough water and food.”

Zeinab got infected with the coronavirus after being transferred to Qarchak Prison. She was on a hunger strike when transferred out of Qarchak.

Speech by Raymonde Folco to the International Conference at Ashraf 3