In addition to unfair sentences, female political prisoners are at risk of being killed by the coronavirus

The month of June saw another wave of increase in the number of corona cases in cities across Iran, and particularly so in the prisons.

The situation of prisoners is much worse than other people and they are more vulnerable to the disease. Female prisoners are under double pressure due to horrible conditions in prisons, shortage of hygienic products and denial of access to medicine, health care and medical treatment.

Resistant political prisoners, such as Maryam Akbari Monfared and Atena Daemi, who are already serving their sentences in jail, were summoned to court and arraigned with new charges in new cases fabricated against them and handed down unjust sentences such as flogging.

In a trumped up case, Atena Daemi was condemned, for the third time in a row, to an additional sentence of two years’ imprisonment and 74 lashes. Her prison sentence has thus reached a total of 10 years.

In addition to unjust sentences, women are practically put at risk of infection and death due to the coronavirus when they are imprisoned on security charges despite the pandemic.

Prison conditions are grim in Evin, Qarchak, Sepidar (in Ahvaz), and other cities. Not only political prisoners are not released or sent on furlough, but for those who were able to use the prison leave, they have been returned to prison after their leave expired and are held in the quarantine ward for months.

The prisoners who have been sent to Qarchak Prison in Varamin, as punishment or to internal exile, are held in abysmal conditions.

Abruptly transferred to Qarchak Prison on April 29, Zeinab Jalalian has been infected with the coronavirus and her life is in serious danger.

Another political prisoner, Forough Taqipour who was transferred to Qarchak in February has also contracted the virus and is serving her sentence in dire conditions in this prison. 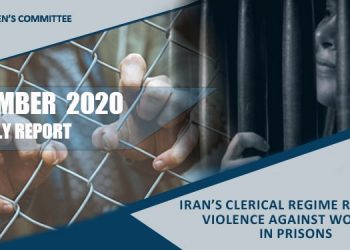 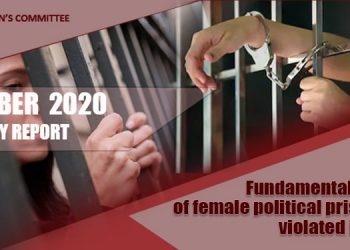 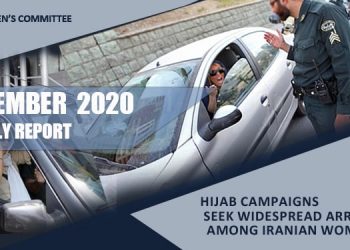