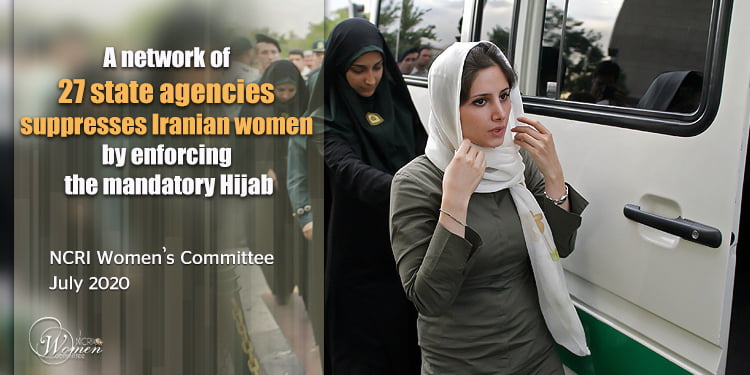 “A network of 27 state agencies suppresses Iranian women by enforcing the mandatory Hijab,” is the name of a study published by the Women’s Committee of the National Council of Resistance of Iran.

Repression at home and export of terrorism and fundamentalism abroad are the two prongs of the strategy adopted by the misogynist and medieval regime ruling Iran to preserve its rule. Iranian women have always been the first victims of domestic repression under the pretext of enforcing the mandatory Hijab.

Contrary to the mullahs’ expectations, Iranian women have refused to accept this imposition and defied the regime’s intention to deprive them of the right to choose their own clothing, a systematic and prevalent trend which has turned into a political and security issue for the regime.

That is why the first task of various government bodies is to suppress women over the form of clothing.

This was first revealed in December 2015 by Hossein Ashtari, the commander-in-chief of the State Security Force, that “26 government agencies are responsible for the issue of Hijab and Chastity.”

The issue of the compulsory veil has taken on political and national security significance over the past 40 years, and turned into one of the regime’s top priorities. The misogynist regime in Iran has developed various mechanisms to enforce the mandatory Hijab, and the organization set up for this task has widely expanded through the years.

In September 2019, the supreme cultural council approved a document entitled “Supplementary Collection.” Under the new plan, 27 state agencies are responsible for enforcing the mandatory Hijab, which includes 10 ministries.

All the above said agencies and the bodies not mentioned involved in the suppression of women work in accordance with the policies of the Supreme Council for Cultural Revolution, which is chaired by the mullahs’ President, Hassan Rouhani. 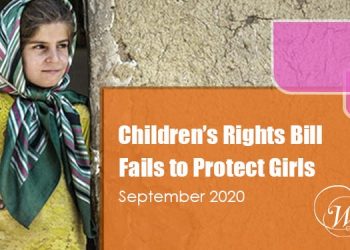 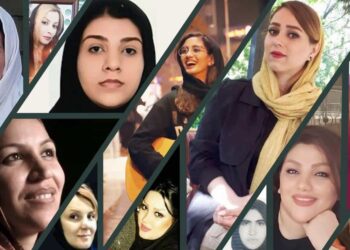