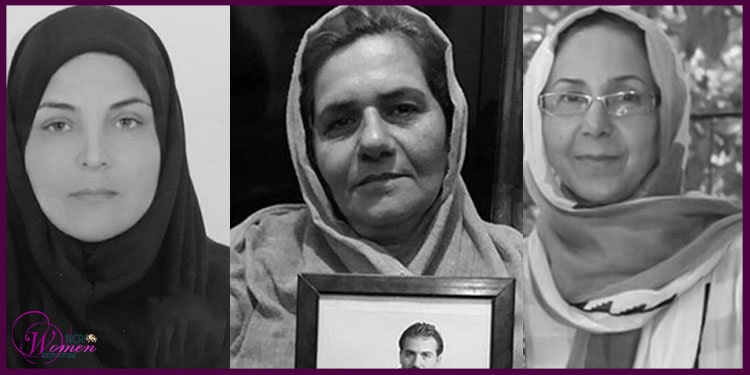 Farangis Mazloumi mother of a political prisoner who was personally detained for some time last year, was sentenced to six years in prison on the charge of having contacts with the People’s Mojahedin Organization of Iran (PMOI/MEK) and of disseminating propaganda against the state in favor of opposition groups.

Farangis Mazloumi is the mother of political prisoner Soheil Arabi, who is presently detained in the Greater Tehran Penitentiary.

Zahra Akbari-nejad Dorcheh is the wife of political prisoner Abolghasem Fouladvand who is presently detained in Gohardasht Prison of Karaj, also known as Rajaiishahr Prison. She was arrested last year on July 23, 2019, by agents of the Intelligence Ministry, but was later released on bail until her sentence is issued by the court.

Farangis Mazloumi was arrested at her sister’s home on July 22, 2019 and taken to Ward 209 of Evin Prison where she was tortured despite being very ill, to the extent that she went on hunger strike in protest.

Ms. Mazloumi was eventually released on October 8, 2019 on a 250-million-toman bail until her legal proceedings were finalized.

Former political prisoner Sedigheh Moradi had been previously arrested in 2011 and charged with Moharebeh (waging war on God) and with having contact with opposition groups. Branch 28 of Tehran’s Revolutionary Court sentenced her to 10 years in prison and exile to Gohardasht Prison. The Court of Appeals upheld her sentence.

Along with these women political prisoners, Dr. Hani Yazarlou, a veteran political activist, and his son, Hood Yazarlou, were sentenced to one year in prison and Mohammad Vali Gholamnejad, and Mehdi Khavas Sefat were also sentenced to 95 days on similar charges.