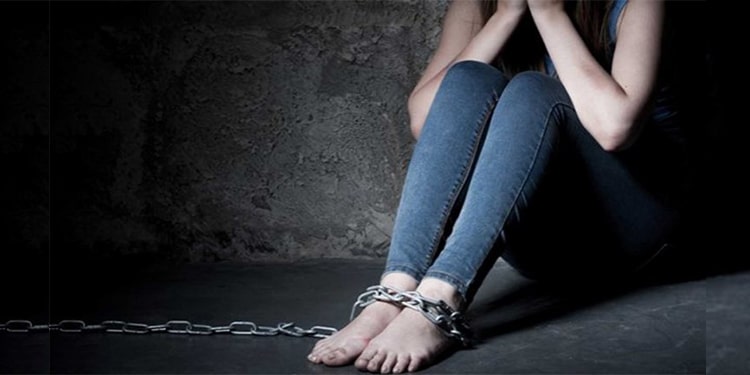 The systematic trafficking of Iranian women and girls to other countries continues. State officials not only provide immunity to these smuggling gangs, but also participate in it.

The confession of a member of the Women’s Faction in the regime’s Parliament speaks for itself. According to Hamideh Zarabadi, “Unofficial statistics show that women’s trafficking also occurs in our country. Reports indicate that most of this smuggling takes place in Arab countries. Unfortunately, the perpetrators of this phenomenon are not dealt with decisively and there is a greater tendency to deny it.” (The state-run BORNA news agency – August 6, 2018).

On June 20, 2019, the U.S. Department of State released its annual “Trafficking in Persons Report,” which once again designated Iran a Tier 3 country, the lowest ranking possible.

“The Government of Iran does not fully meet the minimum standards for the elimination of trafficking and is not making significant efforts to do so; therefore, Iran remained on Tier 3,” the report asserted.

The report also indicates that, “the government did not report anti-trafficking law enforcement efforts, and officials continued to perpetrate trafficking crimes with impunity, including sex trafficking of adults and children…”

Ways to smooth over women’s trafficking

The prevalence of poverty often results in child marriages, prostitution, and young concubines. This paves the way for trafficking of women and girls in Iran. Masoumeh Aghapour Alishahi, Deputy Chairperson of the Women’s Faction in the regime’s Parliament, has said, “Around the cities and villages that have a good climate geographically, wealthy people build villas. Because of their financial means, they hire and trade young children and girls.”

“Some force their daughters into temporary marriages with very old people due to economic poverty and to get Shirbaha from the groom to be able to manage their lives with it,” she added. (Shirbaha is a type of dowry from the groom to the bride’s family as a token of appreciation for raising the girl.) (The state-run Khaneh Mellat website- September 3, 2019).

Another shocking example has been documented in the southern city of Abadan, where in a cafe, young girls are sold to Arab men for $100 for a single night

According to the Rokna state-run website, “This cafe has become a hangout for citizens of Arab countries. Citizens of Persian Gulf countries trade young girls for a few hundred dollars for a night of illicit intercourse here.” (The state-run Rokna website- December 16, 2019).

Another state-run website estimates that the trafficking and abuse of Iranian girls is at higher rates than any other country.

According to Didarnews, “Iranian girls provide the most expensive sexual services. Of course, most of the profits go to the bosses and the provider organization. There are people who earn about 700,000 dirhams for bringing a group of Iranian girls.” (The state-run Didarnews website- October 6, 2019).

“An Iranian girl enters different levels at different prices once she is in this dirty mechanism. The highest figure is something around 100 million. After that, if she is still the boss’s favorite, she stays with her for 1 to 3 months and during this period receives between 1000 and 2000 dirhams for one night.”

This is how this government source portrays the sinister fate of sex victims:” Being a prostitute and sex worker is the inevitable fate of girls who enter the prostitution business. Powerful networks and mafias do not allow girls to escape. They are even sold to prostitution gangs in other countries. The victim has no way out, as remorse and the decision to release a sex worker may cost her life.”