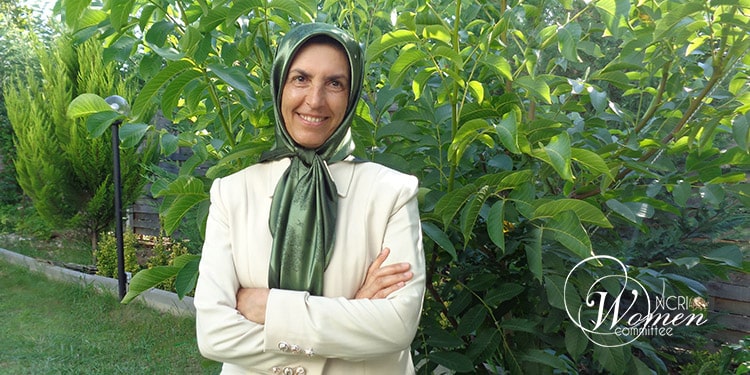 All those who witnessed her resistance in prison explain a harrowing scene of the arrival of Parvin Koohi: “She was tortured to the point that she was brought into the cell canopied in a blanket …”[1]

Parvin Koohi is 56 years old. She comes from Shahr-e Kord, one of the most beautiful cities in Iran. She introduces herself as follows:

I was born and raised in a middle-class family in Shahr-e Kord. Of the seven siblings (3 sisters and 4 brothers) I am the eldest.

I was 16 when Iran was rewriting its own history through the anti-monarchical revolution. During that period of time reading and advocating for political groups was widespread among the youth and students.

It was through reading a piece regarding Mehdi Rezaii, that I became acquainted with the People’s Mojahedin Organization of Iran (PMOI/MEK).[2] This relationship would only grow after I entered university in 1979 as I began my studies at the University of Isfahan.

Unfortunately, the period of revolution and freedom after the Shah’s dictatorship was short lived for the country and its citizens (including us students).

From the very beginning, Khomeini suppressed, arrested and implemented a ban on free political activity. It was for this reason why, shortly after the revolution, prisons and detention centers were filled with young Iranians. Like myself and my countless friends whose only real guilt was defending our own freedoms and rights.

Parvin Koohi went on to explain how she was arrested and imprisoned:

I still vividly remember when I was first arrested.

I was 20 years old. Because of the information I had, I felt worried and scared.

I was immediately taken to the basement of Evin Prison. The notorious IRGC ward 209.

The interrogation began immediately and I was viciously tortured.

The torturers wanted my information. And I was determined to withhold it.

I am not sure how to describe those moments. Those scenes. Words seem to fall short as they always do while looking back.

Perhaps all I can say is that it was a struggle.

I had to choose between giving up and standing firm, between my cause and the enemy…

The only asset I held on to under torture was my pledge to remain loyal to my people and to my organization.

Pain is a feeling all human beings are very well familiar with.

An incessant, pulsating, pain that seemed to just go on without pause as the lashes of the cable came down on my back, feet and all over my body.

I needed a strong belief in my cause to overcome the suffering that was engulfing me. Trying to break me. Tear me down.

The brutal blow of cables. The relentless punches, kicks landing one after another. Over and over again.

If you were to ask me what I do remember most from all of that, it would have to be that, after all of that time, after all the sweat and blood, after the hours of torture and bodily blows they were not able to get a single word from my mouth.

They were tired, helpless and utterly frustrated. So much so I was released from their hands and sent to the ward.

It was in that moment, as my body ached and bled, I felt a strange sense of reassurance within myself. A confidence that began creeping ever so slowly within me. Over me.

I realized that no one, no man, no prosecutor, no torturer could deny me of my hope and faith for what was true and right.

After some time, my case was sent to the prosecutor’s office who at the time was none other than Lajevardi, the “Butcher of Evin.”[3]

No one conceived of surviving the regime’s prisons. But after I received my sentence, I began thinking of how to join the Resistance as fast as possible after I was released.

I began to meet others who like me were imprisoned for standing up for what they believed in. I confided in them and gave them a code to pass on to the organization if they managed to join, and then someone would come for me.[4]

And this was what happened after I was released in 1988.

It was near the end of July 1989, when I received a response and a member of the organization came to my house and assisted me in finding a way out of the country.

I did not tell anyone not even my family about the day I was going to leave.

I remember reassuring them that I would return home later and they had no reason to worry. I told them that I was going to visit a friend. 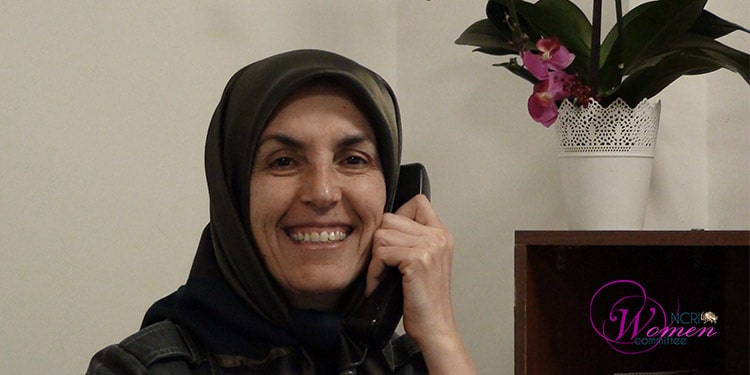 The legacy of my fallen friends

Of all my friends who began down this path of resistance, only 4 of us are now in Ashraf 3.

I remember friends from Evin Prison, who are no longer with us. They gave their lives for freedom: Parvin Ha’eri, Hajar Karami, Farangis Keyvani, Fatemeh Seyed Rezaii, Hengameh Osia, Leila Amiri, Qodsieh Havakeshan, and Shahnaz Ehsani.

My friends from the years of college with whom we started getting to know the Mojahedin and became sympathizers, but now are among the PMOI martyrs who laid down their lives for freedom:  Ozra Alam Rajabi, Bozorg Jahanbakhsh, Soheila Kiani, Jamileh Salehi, Mansoureh Omoumi, and Tahereh Samadi.

It is hard to believe and see how much time has elapsed. Throughout these years, I have felt the legacy I inherited from my fallen friends.

A legacy which the enemy was not able to take away from us even under the most vicious tortures and that was the faith in our cause and the certainty of freedom.

Today, more than any other time, I believe the day will come when Iran is free and that day is not far.

[1] Prisoners who were severely tortured in the dungeons of Khomeini’s medieval regime, were wrapped in a blanket by the Revolutionary Guards due to their inability to stand on their feet and move, and were transferred to the wards where other prisoners were detained.

[2] Mehdi Rezaii was a member of the PMOI who was executed at the age of 19 for opposing the Shah’s regime.

[3] Assadollah Lajevardi, known as the “Butcher of Evin”, was the cause and founder of many tortures, rapes and killings of political prisoners, especially Mojahedin, both men and women, and one of the perpetrators of the massacre of 30,000 PMOI/MEK political prisoners in 1988

[4] The radio codes were used in a fixed section of the Resistance’s radio called “Voice of the Mojahedin” as a reference for prisoners from the prison and activists who wanted to join the ranks of the resistance to make appointments and ways to leave the country. This radio was broadcast from outside Iran and, therefore, the regime could not stop its activities.