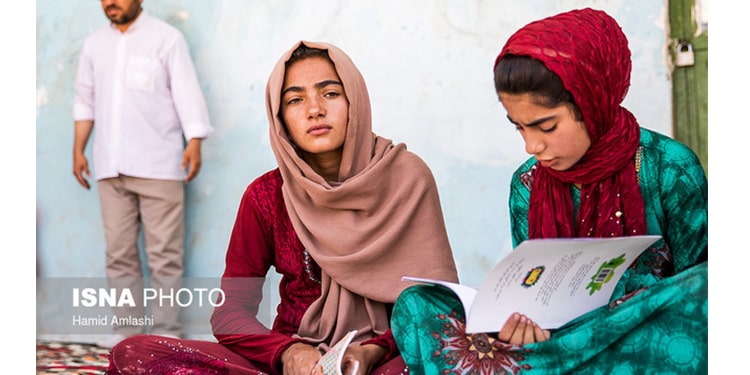 The lives of women in Dishmok suffering from domestic violence end in flaming suicides.

Dishmok is a small and remote village in Kohgiluyeh and Boyer-Ahmad Province in southeastern Iran. This village has become well-known due to the rise in suicides among women tired of the domestic violence to which they are subjected. They feel they have no choice but to set their bodies on fire.

Forced and child marriages are among the leading causes of women’s suicide and self-immolation in these areas, especially in Dishmok. Girls in Dishmok rarely make it to the sixth grade. Despite their high academic talent, most girls get engaged in the fourth grade of elementary school, get married in the fifth or sixth grade, and become pregnant immediately. Frequent pregnancies and multiple children are common among women in Dishmok. The city of Dehdasht is about an hour and a half away from Dishmok, but most of the girls from Dishmok have never been there. “Every year, in the cities and villages of Kohgoluyeh and Boyer-Ahmad province and Dehdasht city, in places such as Tampradi, Zeilaei, Banari, and Baramshir, 10- to 13-year-old girls marry adult men without even having their marriage registered. Innocent 14-year-old girls are also married to 60- to 70-year-old men for a small payment.

Tayebeh Siavoshi, a former member of the regime’s parliament, cited informed sources in saying that in 2019, 24 people committed suicide in the small, remote area of Dishmok. Eight of them ended their lives with ropes, scarves, shawls, pills, or medicine. Of the 24 suicides, 3 were single women; the rest were married. There were also 3 unsuccessful self-immolations; these are not included in the 24 suicides.

Additional statistics, published a year later, are as follows:

Soraya, an 11-year-old who married a 12-year-old boy, was living in such terrible conditions that she eventually set herself on fire using oil.

Masoumeh, a poor woman who was twice saved from suicide, was the mother of two little girls.

Kafi set herself on fire and burned to death after her husband and his family beat her repeatedly. She died after a 20-day hospitalization.

The fate of women who are saved from suicide

These women have been forced to live in their husbands’ homes.

“In the last two decades, the suicide rate in Iran has changed,” said Salar Kasraei, a sociologist.

Mohammad Mehdi Tondgoyan, Deputy Minister of Youth Affairs of the Ministry of Sports and Youth, announced on August 19, 2018, that the number of suicides in Iran during 2017 was about 4,992.

“In the whole country, the suicide rate was about two-thirds among women and one-third among men,” he added.

Ilam, Kohgiluyeh and Boyer-Ahmad, Kermanshah, and Lorestan provinces all have high suicide rates.

Suicide has become one of the most common social ills in Iran under the rule of mullahs. This statistic is rising exponentially every day.

Iran has the highest female suicide rate in the Middle East.