Since seizing power in Iran, the mullahs’ regime has institutionalized fundamentalist laws, including the compulsory veiling laws for women. The regime also added 27 official agencies, including armed security forces, to the judicial system to enforce these laws.

The summer months offer the regime more opportunities to crack down on women under the pretext of enforcing the compulsory veiling laws.

Beaches and other leisure areas, especially in northern Iran, have been subject to security crackdowns on women under the pretext of veiling laws. Commanders from the State Security Forces (SSF) from two northern provinces simultaneously announced their repressive plans for the summer.

Hossein Hassanpoor, the SSF’s Deputy Coordinator in Gilan Province, announced that “194 additional car and motorbike teams would be deployed from other provinces to patrol Gilan’s beaches and other recreation areas. To bolster the plan, the SSF teams will monitor the beaches with the support of a new central headquarters, in cooperation with other agencies” (The state-run ISNA news agency – June 4, 2020).

Morteza Mirzaii, the SSF’s Commander of Mazandaran Province, announced that the SSF’s Summer Plan is starting in advance. “The plan is being implemented in 47 points along the province’s beaches as of June 9, 2020. Security agents will also be present in 85 parks and recreation areas,” he declared.

Gender segregation – another tool of women’s repression – is implemented under the pretext of hijab and chastity.

On June 11, 2020, Galikesh’s prosecutor announced that the host of a mixed festival had been arrested.

Abbas Arab declared, “Two days ago, two news items were published about conducting tours for tourists and holding a mixed festival during which girls were dressed inappropriately. With the efforts of the Chief Justice of Golestan Province and following the prosecutor and the order of the investigator of Galikesh city, the main perpetrator of this festival was arrested. His case is also being considered by the judiciary” (The state-run Golestan24 news agency – June 11, 2020).

Meanwhile, Mohammad Saeed Fazel Dadgar, the SSF Commander of Golestan, announced that two other people were arrested on similar charges.

“The supervisor and a tourist guide in the Cheshmeh Lal recreation area were arrested; they had held a mixed camp and published pictures of the event. Both defendants were referred to the Judiciary after the case was filed,” he said. (The state-run Mehr news agency – June 11, 2020)

Attacks on Clothing Manufacturers and Boutiques

After going after people’s leisure areas, it is time to humiliate women even more by cracking down on clothing manufacturers and sellers.

“The clothing union has warned against the production and supply of open-front manteaux (long coats) or see-through manteau dresses, stating that in the event of violations, the police obtain a court order to seal the unit,” according to Nader Moradi, the Tehran Public Security Deputy Police Supervisor of Public Places, in referring to the beginning of the summer season.

Police also “identify all these individuals through online monitoring. A number of production sites and boutiques have already been identified, and with judicial coordination, legal action will be taken against them,” he added (The official IRNA news agency – June 2, 2020).

Mohammad Baqerzadeh, the Head of Public Places’ Supervision Department of Mazandaran Public Security Police, discussed implementation of the new plan, which involves public places in dealing with manufacturers and boutiques in the province within 48 hours. As part of the implementation, 1,185 units of clothing production and boutiques were visited, 49 units were sealed, and warnings were issued for 87 units. In addition, 23 cases were filed and handed over to the judiciary (The state-run ISNA news agency – July 6, 2020).

Continuation of the Observer Plan #1 to Threaten Drivers

In 2019, regime officials announced the implementation of the Observer Plan #1, which aimed to enforce the law on compulsory hijab for women drivers and passengers.

In discussing the plan, Hojjat Fattahi, head of the traffic police in Ardabil Province, emphasized, “Women drivers must make sure their appearance while driving matches the photo on their driver’s license. If the [driver or the] passengers do not observe the Islamic hijab, their car will be systematically confiscated” (The state-run Shahrkhan.ir website – July 16, 2020).

Enforcing the Mandatory Hijab Through Bribery

The clerical regime spends the Iranian people’s hard-earned money on mercenaries who are paid to enforce the compulsory veiling laws against Iranian women.

At a meeting of the Council to Promote Virtue and Prohibit Vice in Isfahan, Abbas Rezaii, the governor of Isfahan, announced, “Housing units will be gifted to the 24 people who do their best to promote virtue and prohibit vice” (The state-run daily Etemad – July 31, 2020).

Despite all their efforts, government officials have repeatedly acknowledged their failure to enforce the compulsory veiling laws on Iranian women.

A meeting on chastity and hijab in the media was held on July 14, 2020 in Golestan Province. Attending the meeting was the province’s representative of Islamic propaganda, Hassan Mohajer Neyshabouri, who revealed that “there are 32 [security] sections in charge of hijab. We have shortcomings in implementation.” Neyshabouri added, “60% of the programs have gone on social media. Mosques and the house of God are closed, so we must use social media; otherwise, we will not have an audience” (The state-run Mehr news agency – July 14, 2020).

Kazem Hafeznia, Astara’s Imam for Friday prayers, called the hijab situation in Iran “terrible.” He acknowledged that even regime officials are not required to wear the obligatory hijab.

“Short clothes failing to observe the veiling code are produced in the country,” he said. “If the Department of Industry, Mines and Trade, as well as the Chamber of Trades and Places, are not aware of the situation of clothing production in the country, it is because of their managerial weakness. If they know but do not act, their betrayal is unforgivable,” he added (The state-run Fars news agency – June 19, 2020). 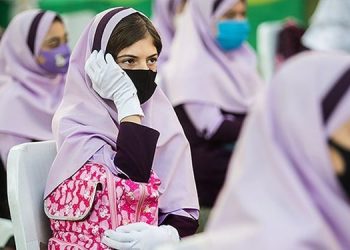 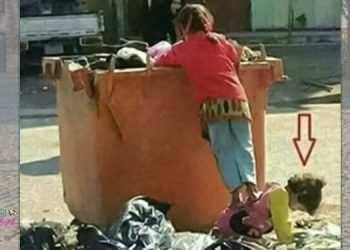