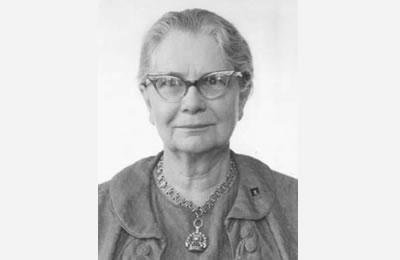 Eva Ahnert-Rohlfs (11 August 1912 – 9 March 1954) was a German astronomer. She made important observations of variable stars.

Eva Ahner-Rohlfs was born in Coburg. She studied in Würzburg, Munich and Kiel from 1931 to 1933. After nine years of withdrawal into family life, she studied from 1942 until the end of the Second World War at the University of Göttingen.

From 1945, she worked closely with professor Cuno Hoffmeister as an assistant astronomer at the Sonneberg Observatory. In 1951, she received a doctorate in astrophysics from the University of Jena.

Eva Ahnert-Rohlfs died at the age of 41 in Sonneberg.

As poetry editor of The New Yorker magazine for nearly 40 years, Bogan played a major role in shaping mainstream poetic sensibilities of the mid-20th Century.

The Poetry Foundation notes that Bogan has been called by some critics the most accomplished woman poet of the twentieth century.