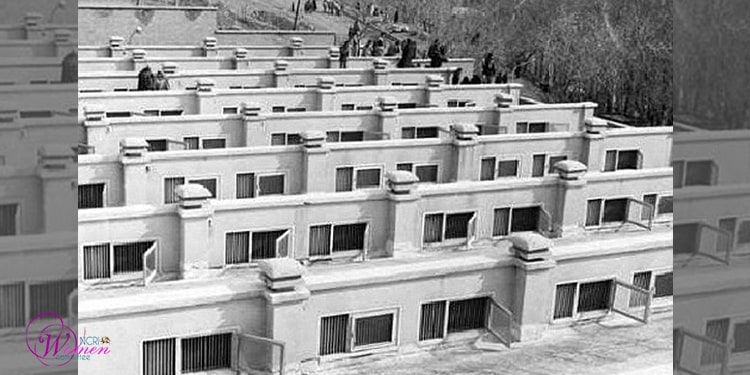 The clerical regime continued to issue unfair sentences to clamp down on its opponents, protesters, and religious minorities. This is while Iranian prisons are overwhelmed with the spread of the coronavirus.

Every day, there is news of infection of more prisoners and security guards. Personal protection and basic medical equipment are lacking in prisons.

Political prisoners, including women, have been protesting this situation by holding sit-ins and going on hunger strike. They demand that the Iranian authorities release the prisoners, immediately.

The Iranian Resistance has repeatedly urged the United Nations and international human rights organizations to send an international delegation to Iran to visit the prisons and political prisoners. It further urged them to take urgent action to save the lives of Iranian prisoners.

She was arrested on March 6, 2019 and taken to the detention center of the Department of Intelligence of Tabriz. On the same night, her house was raided and damaged and her personal belongings confiscated.

In July 2019, she was temporarily freed on a bail of 600 million tomans until her trial. However, she was arrested again at her sister’s home on February 5, 2020, without any prior notice. She was taken to the IRGC’s detention center in Tabriz.

The first court session convened on March 6, 2020, sentencing her to two years’ imprisonment. But the Intelligence Department fabricated a new case against her, based on which she recently received an 8-year sentence.

5-year sentence for protesting in November 2019

Fatemeh Davand, one of the participants in the protests in November 2019 in Boukan, was taken to the Central Prison of Urmia on August 6, 2020 to begin serving her five-year imprisonment.

Ms. Davand, 42 from Boukan, and mother of three children had been arrested during the November 2019 uprising. The Revolutionary Court of Boukan sentenced her to 5 years and 5 months in jail and 30 lashes.

Boukan is one of the cities of the Iranian Kurdistan.

The Revolutionary Court of Tehran handed down a year-long jail sentence to Yasamin Hanifeh Tabatabaii, deprived her of any political activity for two years, and ordered her to do forced labor for four years in a convalescence home.

Ms. Tabatabaii is charged for going to Pasargadae on October 29, 2019, to commemorate the birth of Cyrus the Great. She had been arrested at a checkpoint by security forces and transferred to Ward 209 of Evin Prison.

Cyrus the Great was the King of Persia in 529-550 B.C. who wrote the world’s first charter of human rights.

Cathrine (Saeedeh) Sajjadpour and Sakineh Behjati were each sentenced to two years in jail on charges of “acting against national security” and “participating in home churches.”

The two new Christian converts from Rasht had been questioned by security forces at their homes in February 2020, and told that they would be summoned, soon.

Also, on August 6, 2020, the Revolutionary Court of Shahriar sentenced each of three Baha’i women to one-year imprisonment. Jamileh Pakru, Elham Salmanzadeh, and Neda Shabani are charged with “propaganda against the state.”

Mitra Bandi Amirabadi and Hiva Yazdan Mehdi, another two Baha’i women, have been in jail since June 2020 without trial. The detention of the two residents of Yazd was recently extended for another month.

Shahnaz Sadeghifar is on hunger strike in the women’s ward of the Central Prison of Urmia. She has been reported to be in dire health conditions. Ms. Sadeghifar started her hunger strike on July 28, 2020 in protest to the 15-year unfair sentences issued for her and her daughter.

Human rights lawyer Nasrin Sotoudeh sent out a letter from Evin Prison on August 11, 2020, announcing that she has started another round of hunger strike, demanding release of political prisoners.

Noting the Coronavirus pandemic, Ms. Sotoudeh wrote in her letter that due to “the oppressive conditions in jail, and after receiving no answers to the letters and legal demands of prisoners, I am going on hunger strike demanding the release of political prisoners.”

Political prisoner Nasrin Sotoudeh has been jailed in Evin Prison since June 13, 2018. Her sentence is 38 years of imprisonment and 148 lashes.