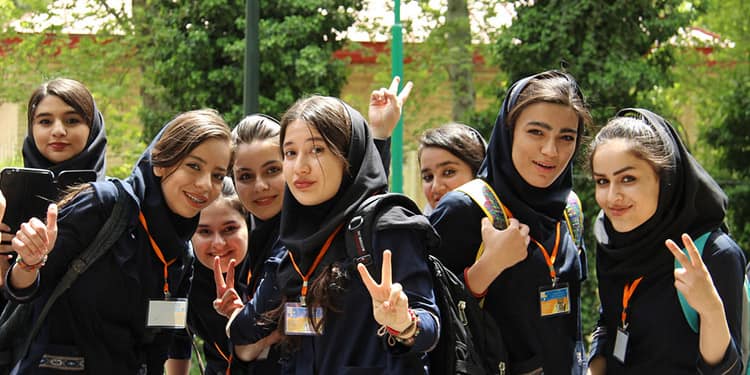 Youth and Women of Iran Are Elements of Change

August 12 has been designated by the UN General Assembly as World Youth Day. Most countries work to develop facilities and resources to promote the younger generation. The youth and women of Iran play a key role in building a better future. However, they are never heard and they do not enjoy the opportunity to realize their new ideas.

Successive generations of Iranian youth including young women have risen and paid a heavy price during more than 40 years of inhuman rule of the mullahs’ regime. They turn every opportunity into a struggle against the ruling religious tyranny to fulfill their legitimate demands.

The young women of Iran always play a leading role in realizing new ideas and fighting against this regime. Over the years, they have proven that they play an influential, leading and organizing role in the struggle against the misogynist regime of the mullahs, and that they are a de facto generation equality.

The role of youth and women of Iran in social change

Beyond equality, women have the mission of transforming current societies toward freedom. This mission is the urgent need of today’s Iranian society.

The youth and women of Iran have actively participated in the political struggle for freedom.

During the November 2019 uprising, Nikta Esfandani, 14, took to the streets and sacrificed her life for Iran. Ameneh Shahbazi was shot by the Revolutionary Guards while she was aiding a wounded man. Golnar Samsami was another young woman who said with a lofty thought, “A good day will not come by itself; we must bring it!”

In the uprising of December 2017, which began in the city of Mashhad, the loud voice and active presence of women were remarkable. Young women played an important role in the protests throughout Iran.

According to statistics collected by the NCRI Women’s Committee, at least 500 women, many of them young, were arrested during the uprising. Eyewitnesses acknowledged the role of women and their courage.

One of the bold scenes on the second day of the protests was created by a woman in the city of Hamadan. “Death to Khamenei,” she shouted among a circle of security forces. This was the first time that someone chanted this slogan and even repeated it two or three more times in front of the security forces and officers.

The prominent leading role of young women during recent years’ protests in Iran made the state media and authorities to admit.

During Iran’s widespread uprising in November 2019, the state media wrote that some women led cells comprising of 4 or 5 persons. Wearing masks, they had pivotal role in leading the protests and enticed people to join in them.

On August 5, 2018, the state-run Fars news agency also highlighted the leading role of women, saying: “In the riots of Karaj (the fourth largest city of Iran), 20 leaders were identified and arrested, the majority of whom were women.”

Fars also pointed out that women’s “prominent role” was also “noticeable and evident in the protests in other cities.” (The state-run Fars news agency – August 5, 2018)

More recently, one of the Iranian regime’s documentary makers acknowledged that the People’s Mojahedin Organization of Iran (PMOI/MEK) succeeded in creating a role model for Iranian women and gaining appeal among the public. “The PMOI/MEK managed to show a new face of women to young girls. Many academics and even young students and teenagers were attracted to this organization,” Iman Goudarzi said. “We continue to presently witness their role in protests across the country,” he added. (The state-run Daneshjoo news agency, August 5, 2020)

Goudarzi asserted, “An enormous portion of those arrested in the 1980s, were students only 16 and 17 years of age.”

Never ever abandon your dreams!

Late French anthropologist and writer, Francoise Héritier, in a message to young women and girls of Iran said, “To young women and girls who are seeking not a visionary life, but a life that they dream of (and these are two very different things) I would say, don’t ever abandon your dreams.” (Message to the Conference of Pledge for Parity, Women United Against Islamic Fundamentalism, Paris, February 27, 2016)

Women’s leading role in protests would empower and prolong the uprisings.

So, a great potential has been saved for 40 years in the struggle of the youth and women of Iran which is going to expand with an enormous power and will uproot the ruling religious tyranny.

The youth and women of Iran are resolved to turn the page of their country’s history in the 21st century and they deserve the support of all freedom-loving people of the world.