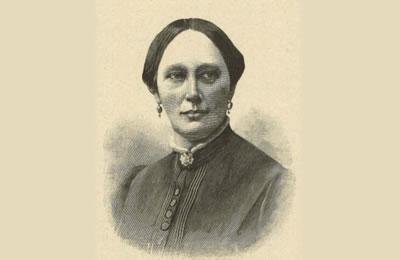 Her Sketches of Everyday Life were wildly popular in Britain and the United States during the 1840s and 1850s and she is regarded as the Swedish Jane Austen, bringing the realist novel to prominence in Swedish literature.

In her late 30s, she successfully petitioned King Charles XIV for emancipation from her brother’s wardship; in her 50s, her novel Hertha prompted a social movement that granted all Swedish women legal majority at the age of 25.

In 1884, she became the namesake of the Fredrika Bremer Association, the first women’s rights organization in Sweden.

Her success and desire to keep writing drove her to study literature and philosophy in greater depth. An English friend Frances Lewin introduced her to Bentham’s Utilitarianism, which liberalized her political views.

Bentham’s idea of providing “the greatest happiness to the greatest number” also encouraged her to continue devoting her time to her writing instead of nursing.