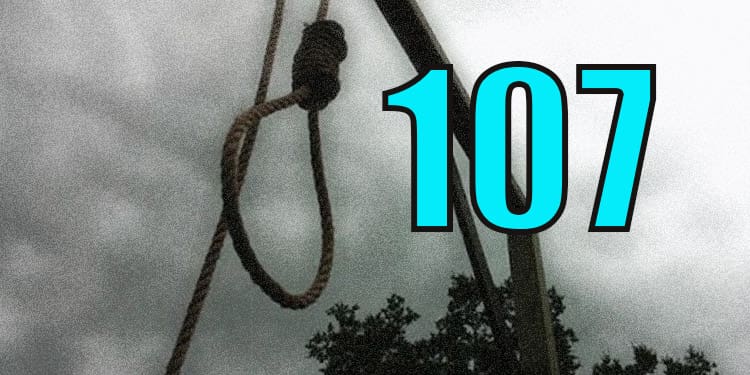 The clerical regime’s Judiciary hanged another woman early this morning, Tuesday, August 18, 2020, in the Central Prison of Mashhad, known as Vakilabad Prison. This is the 107th woman hanged since Hassan Rouhani, the mullahs’ president, took office in Iran.

The 107th woman hanged in Vakilabad Prison at dawn on Tuesday had been on the death row for 11 years. She was executed along with three men. The woman was identified as Fereshteh Heydari Ebrahimpour. Their executions have not yet been announced by the state media at the time of publishing this news.

Executions are a means of survival for the mullahs’ regime in Iran. It has not let up on executions and detentions despite the coronavirus pandemic.

Iran is the world’s top executioner with the highest number of citizens executed per capita.

As a consequence of the clerical regime’s failure to categorize deliberate murders according to their degrees, anyone committing murder is sentenced to death, regardless of their motives. Many of the women convicted of murder in Iran are themselves victims of violence against women and have committed murder in self-defense. The trials and sentences issued are grossly unfair.

A 32-year-old woman by the name of Mehri had been executed only 16 days ago in the same prison. She had served six years on the death row.

Another woman identified as Sara M. was executed in January in the Central Prison of Mashhad at the age of 35 and had served three years on the death row. The execution was announced in the state media on January 14, 2020.

The Women’s Committee of the National Council of Resistance of Iran has published a list of the women executed during Rouhani’s tenure. The Iranian Resistance calls for the abolishment of the death penalty in Iran.