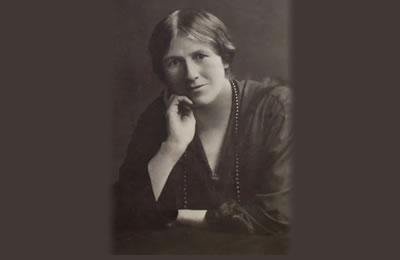 Eleanor Davies-Colley FRCS (21 August 1874– 10 December 1934) was a British surgeon. Among the earliest women in the UK to pursue a career in surgery, at that time an almost entirely male-dominated profession, she was also the co-founder of the South London Hospital for Women and Children.

Davies-Colley studied medicine at the London School of Medicine for Women (1902–7), achieving the MB BS degree in 1907, and was awarded the MD degree by the University of London in 1910. In 1911, she became the first female fellow of the Royal College of Surgeons.

Davies-Colley’s career as a surgeon spanned almost thirty years. On graduating in 1907, she became a house surgeon under Maud Chadburn (with whom she was to live and work for twenty-five years) at the New Hospital for Women, which is now part of the University College London Hospitals.

She then became demonstrator in anatomy at the London School of Medicine and surgical registrar at the Royal Free Hospital. In addition to her work at the South London Hospital, in later life she was also a surgeon at the Marie Curie Cancer Hospital and senior obstetrician at the Elizabeth Garrett Anderson Hospital.

In 1917, she was one of the founding members of the Medical Women’s Federation.