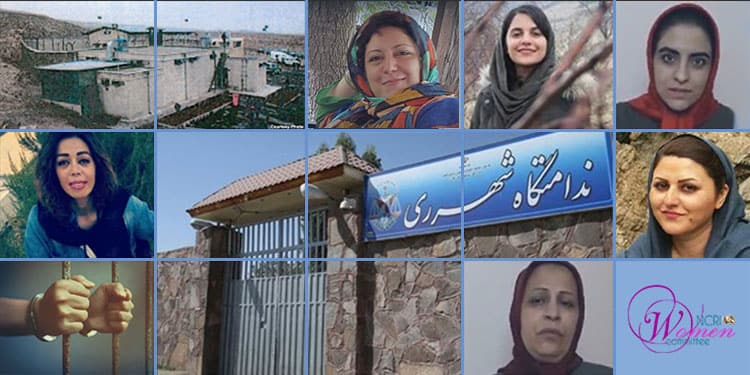 The lives of women political prisoners in Qarchak Prison are in danger. In addition to the acute health hazards due to lack of sanitation in this prison, these women also face the risk of being killed by dangerous criminals.

A report published on August 21, 2020, contains new details about the conditions in Qarchak Prison.

According to this report, on the orders of the warden of Qarchak Prison, prison guards have hired several inmates and sent them into the wards where female political prisoners are detained. They are looking for any opportunity to incite fights and brutalize the political prisoners.

Like many other prisons in Iran, the principle of separation of categories of prisoners is not observed in Qarchak Prison for women. Prison authorities therefore have a free hand to incite or hire dangerous criminals to get into fight with political prisoners and beat them.

This has been the case on various instances in the past. There have been worse cases in men’s prisons.

In the Great Tehran Penitentiary, dangerous criminals got into fight with arrested protesters detained in this prison, leading to the death of Alireza Shir Mohammad Ali.

Prison officials also deny medical care to political prisoners to have them killed by their own illnesses. They deny them medical care.

With the outbreak of the coronavirus, prison authorities have also intended to use the pandemic against the regime’s opponents, by deliberately spreading the disease.

Political prisoner Zeinab Jalaliann was also transferred in May to Qarchak Prison where she contracted the virus. She is presently imprisoned in the Central Prison of Kerman.

Kurdish political prisoner Sakineh Parvaneh was also detained in this prison for a long time. She protested the abysmal conditions in this prison by going on hunger strike, several times. Eventually she was transferred to Evin Prison.

The recent report published on August 21, 2020 indicates that the prison’s sewage system is not working but prison authorities have not taken any measures to resolve this problem after four days.

The stinking odor of waste water has filled all the prison wards and would lead to respiratory and contagious diseases.

Despite large number of prisoners suffering from Covid-19 in this prison, doctors have abandoned them. They visit the wards once in every 2 to 3 months, and even then, they do not do anything for the sick.

Dental services are very expensive. So, the young women detained in Qarchak Prison have to have their teeth pulled for a simple pain because they do not afford to pay the heavy expense of dental work on their teeth.

Prison guards also widely distribute Tramadol and Methadone. Inmates usually develop addiction to these drugs and most of the imprisoned women are asleep most of the time. This prevents them from saying anything about the dire conditions in prison.