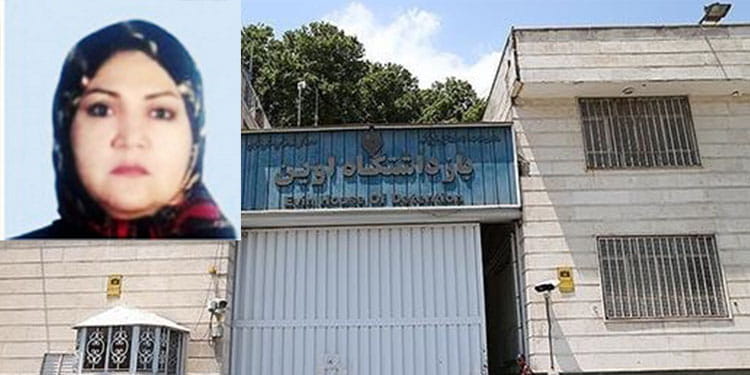 Political prisoner Fatemeh Mosanna was taken to Taleghani Hospital in Tehran on Wednesday, August 19, 2020, after going unconscious in the women’s ward of Evin Prison. Her hands and feet are cuffed to the hospital bed since that day. She is denied from being visited by her children and relatives.

Ms. Mosanna’s children referred to the Taleghani Hospital to see their mother, but they have not yet managed to visit her. They have been told that their mother is tied to her bed, on the orders of Amin Vaziri, the special prosecutor for political prisoners.

Political prisoner Fatemeh Mosanna had been granted prison leave on bail on March 31, 2020. But she was rearrested on May 6, 2020, by agents of the Prosecutor’s Office and transferred back to Evin Prison.

The sanitary conditions in Evin Prison have been reported to be dire. Imprisoned human rights lawyer Nasrin Sotoudeh who is also imprisoned in the women’s ward of Evin, in an open letter on August 11, 2020, announced her hunger strike in protest to “the oppressive conditions in jail, and after receiving no answers to the letters and legal demands of prisoners.”

It was reported that at 7 p.m. on Wednesday, August 19, 2020, Ms. Sotoudeh was transferred to the dispensary of Evin Prison because of her critical conditions.

The couple were later sentenced to 15 years in prison for having contacts with the People’s Mojahedin Organization of Iran. Their house and shop were confiscated by the Iranian regime in March 2019. The couple have been deprived of visits for a long time.

Fatemeh Mosanna was a political prisoner in 1981 and detained for two years when she was only 13 years old. Three of her brothers were executed that year by the clerical regime.