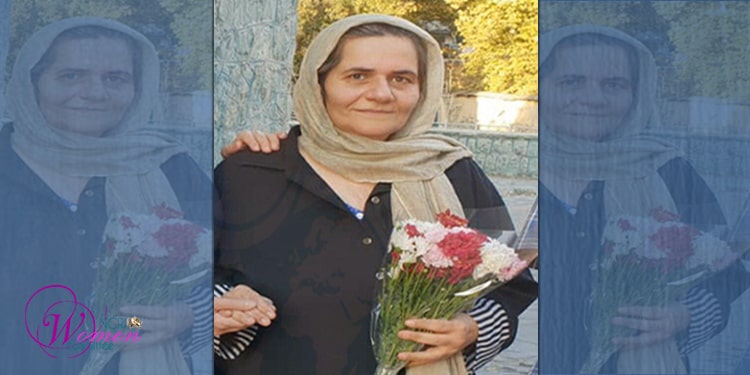 Ms. Mazloum is accused of “assembly and collusion to commit crime through making contacts with the People’s Mojahedin Organization.”

On July 8, 2020, the same court had issued a six-year sentence for her in absentia and without convening a trial. According to the verdict, she was sentenced to 5 years in prison on the charge of “assembly and collusion to commit crime through making contacts with the People’s Mojahedin Organization” and to 1 year in prison on the charge of “publicity activities against the state.”

Despite illness and record of heart complications, Farangis Mazloum was interrogated and tortured for 2.5 months and detained in a solitary cell. On August 16, 2019, she went on hunger strike in protest to her conditions in prison.

After conclusion of her interrogations on October 8, 2019, she was arraigned with her charges, and released temporarily on a bail of 250 million Tomans until her court proceedings are completed.

Ms. Mazloum has been under constant pressure and harassment in recent years after her son, political prisoner Soheil Arabi, was arrested and detained. She had previously declared that “I am being tortured every day and night.” Her son is often deprived of visits, so she has been frequenting various prisons and the corridors of the Justice Ministry.

Political prisoner Soheil Arabi, 32, married with a small daughter, has been detained for posting notes critical of the clerical regime in his Facebook account. He spent 4.5 years in Evin Prison. In February 2018, he was sent into exile to the notorious Great Tehran Penitentiary (a.k.a. Fashafuyeh). He has staged long hunger strikes, at least three times, in protest to the brutality of prison guards in Evin and Fashafuyeh.