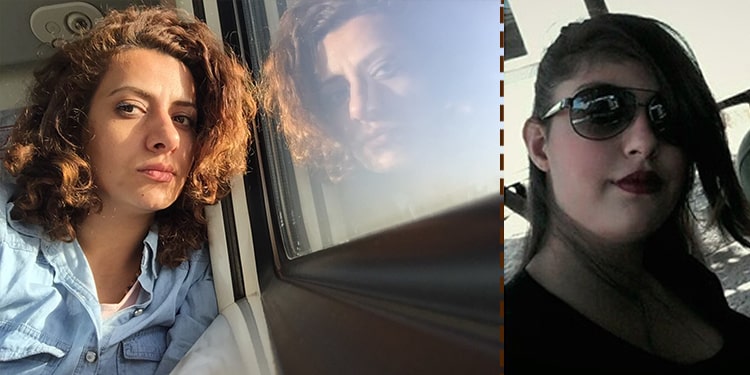 Imprisoned Kurdish teenager Aynaz Zare’e has been infected with the coronavirus while detained with her mother, Shahnaz Sadeghifar, in the women’s ward of the Central Prison of Urmia.

On Tuesday, August 25, 2020, Aynaz Zare’e was transferred out of prison and to a civic hospital. She is presently hospitalized in the Emergency section of the Taleghani Hospital of Urmia for respiratory problems and short breath.

Reports from inside the Central Prison of Urmia say that at least six detainees in the women’s ward have caught the disease.

Kurdish teenager Aynaz Zare’e, 17, and her mother, Shahnaz Sadeghifar, had earlier gone on hunger strike for one week. Then on August 13, they went on another hunger strike.

Civil activist and theatre actress Mehraban Keshavarzi was arrested and detained on August 19, 2020, after referring to Evin Prison to follow up on her case.

Ms. Keshavarzi is a master’s student of acting at Tehran’s School of Art. She had been arrested in September 2015 for her activities in Tehran’s Allameh Tabtabaii University. The intelligence forces of the IRGC took her to Ward 2A of the IRGC Intelligence in Evin Prison.

In October that year, Mehraban Keshavarzi was temporarily released on bail.

Then again, on April 15, 2017, the Revolutionary Court of Tehran sentenced her to one year in prison.

Marjan Es’haghi, a student of political sciences at Tehran University, was arrested during the protests in November 2019. She is supposed to face trial by the Revolutionary Court of Tehran on September 6, 2020.

Marjan Es’haghi was arrested on November 17, 2019, as she was leaving the campus for participating in a student gathering. Agents of the IRGC Intelligence apprehended and took her to their detention center in Ward 2A of Evin Prison.

After 18 days, Ms. Es’haghi was temporarily released on bail. She is accused of “assembly and collusion against national security.”