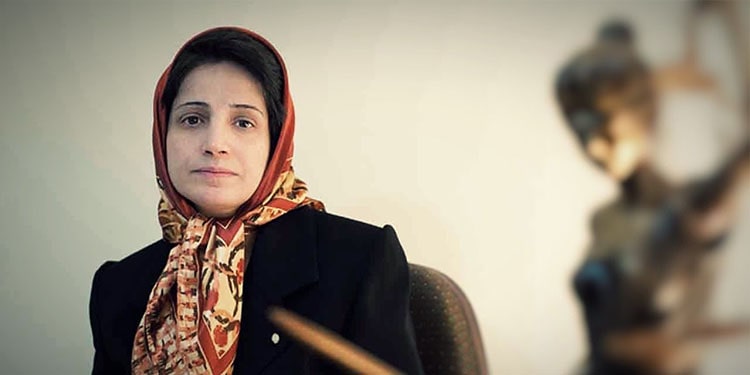 Call for release of lawyer and political prisoner Nasrin Sotoudeh

Considering the critical health conditions of Nasrin Sotoudeh, the Women’s Committee of the National Council of Resistance of Iran (NCRI) once again called for her unconditional release. Earlier, Mrs. Maryam Rajavi, the NCRI President-elect, had called for the dispatch of an international fact-finding mission to visit Iran prisons and prisoners, particularly the political prisoners and imprisoned women.

In the open letter she sent out on August 11 announcing her hunger strike, the human rights lawyer and political prisoner Nasrin Sotoudeh wrote: “Many of the prisoners eligible for conditional freedom and many can be released altogether based on the new law. But they treat prisoners as if there is no law and none of them have access to any legal window. The prisoners’ correspondence to find legal outlets remained unanswered.”

Ms. Nasrin Sotoudeh has also given up her right to visitations in protest to the treatment of her children by prison authorities and the arrest of her daughter by judiciary and intelligence officials.

The women’s ward of Evin had 20 inmates in March 2020, but now it holds some 40 female political prisoners despite the coronavirus outbreak.