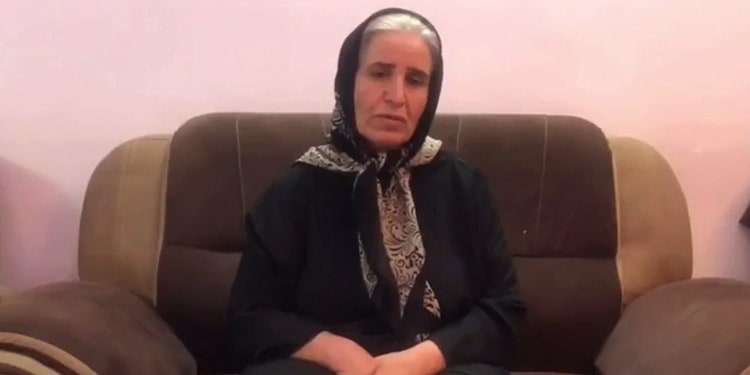 The mother of three young Iran protesters has gone public to save the lives of her sons, after the Iranian Judiciary handed down unfair sentences for them for participating in public protests in 2018 in Kazerun and Shiraz.

In her video recording posted on the internet on August 30, Mrs. Afkari (Bahieh Namjou) said: “Plain clothes agents broke into our house at 5 a.m. in September 2018, without showing a warrant, and took away two of my sons, Vahid and Navid. After some time, they came and took away my husband and son-in-law. After three months, they came and arrested Habib.”

In another part of her video, the mother of three young Iran protesters said: “They tortured Habib psychologically and physically so much that three times, he committed suicide in prison… Later we learned that he had been tortured to make (false) confessions against Navid.”

Describing the regime’s due process as unfair and false, Mrs. Afkari appealed to “the people of the world, the people of Iran and anyone who can hear her voice” to help in any way possible to save the lives of her three sons.

Navid Afkari, 27 and a wrestling champion, has been sentenced to double executions and 6.4 years in prison and 74 lashes.

Habib Afkari, 29, has been sentenced to 27 years and three months in prison and 74 lashes.

The three brothers have been in jail since 2018 and all three have been viciously tortured. They are accused of membership in opposition groups, participation in opposition gatherings, writing slogans, propaganda against the state, insulting the mullahs’ supreme leader, insulting the regime’s agents, inciting the public to revolt, disobedience, assaulting and beating the repressive agents, and “waging war on God.”

The residents of Kazerun and Shiraz, both in Fars Province in southern Iran, rose up in April, May and August 2018 and in November 2019, shaking the regime to its core. The sentences for the three young Iran protesters are attempted to intimidate especially the young people from holding protests against the regime.

The Iranian Resistance has called on the United Nations and international human rights organizations to take urgent action to stop the execution of Navid Afkari.