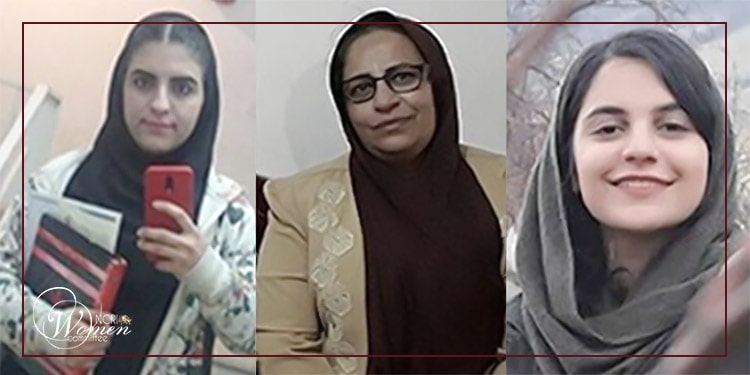 Zahra Safaei, Parastoo Mo’ini and Forough Taghipour are in danger

A reliable report says the lives of political prisoners in Qarchak Prison are in danger. The NCRI Women’s Committee calls for urgent action to save the lives of these prisoners.

Mehdi Mohammadi, the Warden of Qarchak Prison, and his deputy, Mrs. Mirzaii, have paid common prisoners convicted of dangerous crimes to brutalize and murder Zahra Safaei, her daughter, Parastoo Mo’ini, and Forough Taghipour, the report says.

The dangerous inmates have been ordered to incite fights during which they could kill the said political prisoners in Qarchak Prison.

According to this reliable report on August 31 from Qarchak Prison some ordinary inmates said: “The prison’s chief has hired us to beat these prisoners and get into fights with them. But we do not know why we must do so? These three women are very nice and calm, and they have not hurt anyone.”

The source reporting on this situation also stated: “On the orders of the prison’s warden, the three women have been instructed not to talk to any other inmate. This is because if they talk to others and mingle with them, they will turn them into supporters of (the main Iranian opposition force,) the PMOI.”

The report said: “Some days, Ms. Safaei, Parastoo Mo’ini, and Forough Taghipour have to go to the workshop to avoid the threats and attacks made by the hirelings of the prison’s warden. The three political prisoners in Qarchak are constantly insulted in vulgar language by operatives of the prison authorities.”

Zahra Safaei, Parastoo Mo’ini, and Forough Taghipour were arrested on February 24, 2020 and transferred to the Ministry of Intelligence Detention Center (Ward 209 of Evin Prison). They were banished to Qarchak Prison in April 2020.

Zahra Safaei endured time behind bars as a political prisoner from 1981 to 1989. She was arrested again in 2006, and subsequently banished to the Prison of Qazvin in 2009. Her father, a prominent figure in the Tehran business community, was executed in 1982 for supporting the People’s Mojahedin Organization of Iran (PMOI/MEK).

Again, on August 27, 2020, she was brutalized by two dangerous criminals who struck her on the head and face trying to injure her only a day after they were sent into her room. Other inmates intervened to stop the assailants.

The two women who attacked Ms. Safaei are convicted on theft and drug-related charges. One of them is Zeinab Ghanbarnejad, 44 from Tehran, and the other is Narges Amir Ali, 42 from Tehran.

Prison conditions have become alarmingly dangerous and intolerable for Zahra Safaei, Parastoo Mo’ini, and Forough Taghipour in Qarchak Prison. Killing political prisoners at the hands of dangerous criminals is a known method of the clerical regime.

Alireza Shir Mohammad Ali, a 21-year-old protester who had been arrested and detained in the Great Tehran Penitentiary was murdered in this way on June 10, 2019.