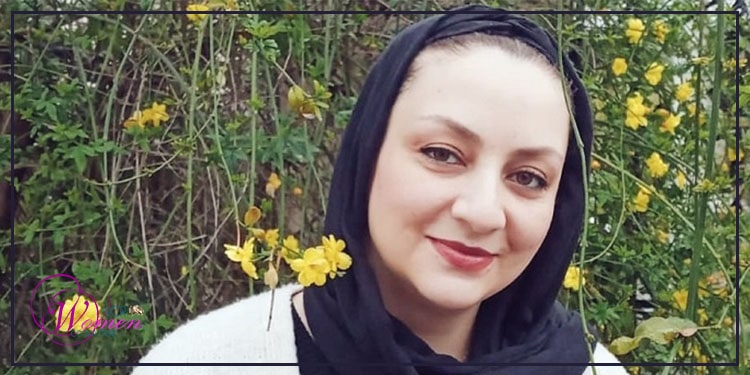 Mojgan Kavousi and Sakineh Parvaneh deprived themselves of food to protest the authorities’ refusal to grant leave to political prisoners during the coronavirus pandemic.

One of the other demands of the two Kurdish women is to stop gender discrimination with regards to prisoners’ right to use the telephone. All male detainees in Evin Prison have unlimited time in using the telephone, but the women detainees can use the telephone for only half an hour a week.

Kurdish writer and researcher Mojgan Kavousi was arrested in November 2019 in the city of Nowshahr, in northern Iran. She was transferred to the detention center of the IRGC Intelligence organization in Sari, capital of Mazandaran Province, northern Iran.

In December 2019, she was returned to the Prison of Nowshahr. The Revolutionary Court of Nowshahr subsequently sentenced her to 5 years and 7 months in prison, and set her free temporarily on a 100,000-toman bail. Her sentence was later increased to 6 years and 3 months by the Revision Court of Mazandaran Province. On May 19, 2020, she was arrested and taken to the Prison of Nowshahr to start serving her sentence. She was later transferred to Tehran and to Evin Prison on June 22.

Sakineh Parvaneh was born in 1988 in Kermanj in Razavi Khorasan Province. She arrested on February 7, 2020, and taken to the Intelligence Ministry Ward 209 of Evin Prison. She was detained for 10 days in solitary confinement and then transferred to the women’s ward of Evin. In March 2020, she was sent to Qarchak Prison as a punishment for writing graffiti on the walls of Evin.

She was brutalized in the course of this transfer and was held in solitary confinement while her limbs were in cuffs. Then to increase pressure on this Kurdish political prisoner and break her, the authorities of Qarchak Prison sent her to the Psychiatric Hospital of Aminabad in Tehran. After 25 days, she was returned to the quarantine section of Qarchak Prison.

The Revolutionary Court of Tehran has sentenced Sakineh Parvaneh to 5 years in prison and deprived her of membership in any political group for two years. She did not have access to any legal representation during her court proceedings.

Sakineh Parvaneh went on hunger strike on June 18, 2020, to protest her own and her family’s harassment, and demanded to be returned to Evin. In early July, her demand was granted and she was sent back to Evin from Qarchak Prison.