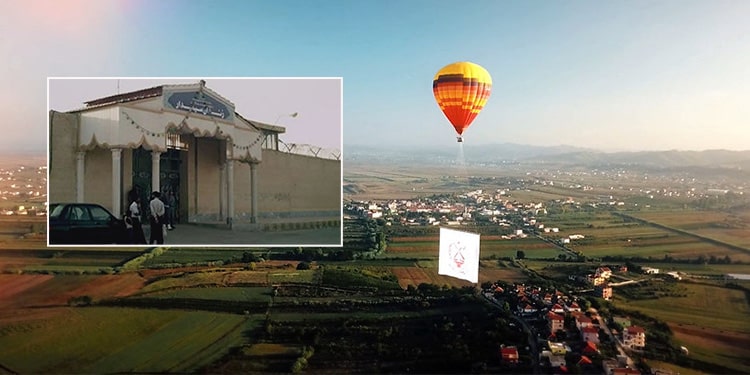 An aerial photo of Ashraf3, the seat of the PMOI/MEK in Albania; inset, entrance of Sepidar Prison of Ahvaz

Message on the anniversary of foundation of the PMOI/MEK

Female political prisoners in Sepidar Prison of Ahvaz sent out a message on the anniversary of the foundation of the People’s Mojahedin Organization of Iran (PMOI/MEK), the main Iranian opposition force. In this message, they vowed not to relent in their struggle until Iran is free.

Extending their congratulations to all combatants of freedom, the Resistance Units in Iran and the PMOI Secretary General, Ms. Zahra Merrikhi, the resistant female political prisoners in Sepidar wrote in their message: “For more than half a century, the People’s Mojahedin Organization of Iran (PMOI/MEK) has stood up to the two dictatorships of the Shah and the mullahs. They have defended the Iranian people’s sovereignty and stood firm against its usurpers. They made great sacrifices to make possible all that seemed impossible. Now, in the start of its 56th year of existence, the PMOI/MEK is going to accomplish the overthrow of the mullahs’ disgraceful rule which is against the Iranian people and against their religion. They are going to realize freedom for the people of Iran and prosperity for their homeland, Iran.”

A few of these women were pregnant at the time of arrest. Nonetheless, they were tortured under interrogation. The NCRI Women’s Committee has already published the names of some of the female political prisoners in Sepidar Prison.

Torture of political detainees is a common practice by the clerical regime in Iran to terrorize the society and create an atmosphere of fear. But these women courageously brave all risks and accept its heavy price, to send a message of hope, strength and resistance to the people of Iran.