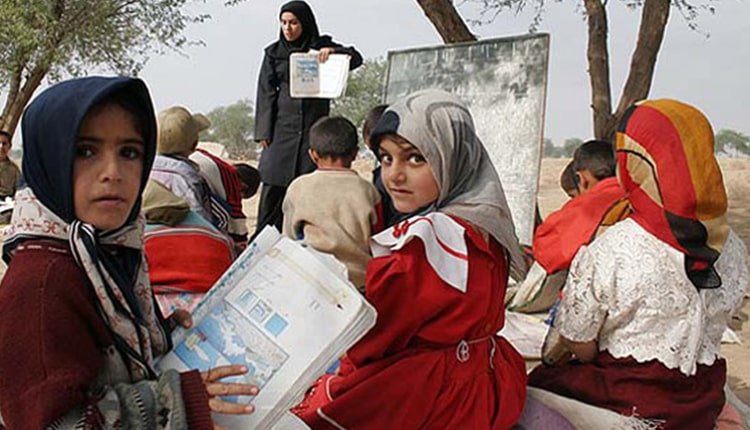 As the world celebrated International Literacy Day, basic literacy remains a distant dream for many girl children and women in Iran.

International Literacy Day, celebrated annually on 8 September, is an opportunity to highlight improvements in world literacy rates, and reflect on the world’s remaining literacy challenges. Universal access to quality education and learning opportunities is among the United Nations’ Sustainable Development Goals, with SDG4 seeking to ensure that all young people achieve literacy and numeracy and that adults who lack these skills are given the opportunity to acquire them. The 2019 theme focuses on “Literacy and Multilingualism” as multilingualism is crucial to development in today’s globalized and digitalized world and has serious implications for literacy in policies and practice.

As in many other realms, the Iranian regime is moving backwards with regards to literacy.

The mullahs’ supreme leader Ali Khamenei opposes the UN 2030 Education Plan, saying, “The 2030 document is part of the United Nations’ Sustainable Development Goals by which the world’s domineering powers want to control all nations in a deficient and erroneous move… Basically, why should we need to accept these documents and practically accept what the West gives us as model?”

On various occasions, he has emphasized promotion of women’s childbearing and housekeeping roles. (The state-run Tasnim news agency – September 3, 2016)

Such hysterical opposition to the Education 2003 Framework for Action and the Agenda 2030 by the clerical regime and its supreme leader is because the document obliges all state parties to observe gender equality and equal opportunities for all individuals including women and girl children and thus target the heart of Iran’s ruling fundamentalist regime.

Education, neither mandatory nor free in Iran

Education is mandatory and free in most countries of the world for 6 to 14 age group and UNESCO has underlined the need for mandatory education for children.

However, Ali Bagherzadeh, deputy Minister of Education and head of the Iranian Literacy Movement Organization, revealed at a conference at the Ministry of Education that education is not mandatory in Iran. (The state-run Salamatnews.com, April 25, 2018)

The Statistics on literacy or illiteracy in Iran are scarce, inaccurate and conflicting.

Ali Bagherzadeh, head of Iran’s Literacy Movement, says, “According to the literacy criteria, the total number of absolute illiterates aging above six years, is 8.8 million… The number of people with little education is also 10 million.” (The state-run Tabnak.ir, October 6, 2018)

Another sociology expert and researcher of social sciences, Mohammadreza Mahboubfar, however, puts the number of absolute illiterates at 9 million and the number people with little education at 11 million. (The state-run farhangesadid.ir, December 30, 2019)

A member of the parliamentary social commission, declared: “The rate of literate women in our neighboring countries are 95.8% in the UAE, 99% in Jordan, and 91% in Turkey, while this rate in Iran is 82.5%. Such return to illiteracy is due to failure to advance education.” (The state-run ISNA news agency, October 6, 2018)

According to the figures published by UNESCO in February 2020, two percent of under-24 youths in Iran are absolutely illiterate. Compare this to illiteracy in Iran’s neighboring countries which is almost zero in Russia, Azerbaijan, Armanestan, Turkmanestan and Turkey. There is only 1% illiteracy in Iran’s southern neighbors like Saudi Arabia, Kuwait and Aman.

According to Seyyed Mohammad Javad Abtahi, member of the parliamentary Education and Research Committee, the number of illiterates in Iran has reached 11 million making up some 13 per cent of the population of different ages. (The state-run salamatnews.com, September 26, 2018)

This shows 1.5-million increase in seven years considering the figure of 9,483,028 in 2011, announced by the National Statistics Center (NSC).

Approximately two-thirds of this illiterate population, i.e. 6,250,965, are women.

He contradicted his earlier remarks in March when he said the figures were 2.7 million and 1.8 million for women. (The state-run ILNA news agency, March 31, 2018)

Return of illiteracy, a silent crisis

Today, illiteracy has been uprooted in many countries of the world, including many countries in the Middle East. Based on UNESCO’s official figures, the rate of literacy in Uzbakistan, Tajikistan, Turkomanestan, Kazakhstan and Georgia, in Central Asia has reached 100%. (The state-run Tabnak.ir, October 6, 2018)

In Iran, however, we face a return to illiteracy.

2 to 4 million students remain out of schools

The latest figure announced on the number of students deprived of education has been 2 million.

Mohammadreza Mahboubfar estimates that the number of students who are deprived of education is between 130,000 and over 3 million. They include child laborers, street children, school drop-outs, children with bad guardians and those who do not have any guardians. (The state-run farhangesadid.ir, December 30, 2019)

At least a quarter of Iran’s students are forced to quit school every year with a large number of them joining the estimated 3 to 7 million child laborers. (Nahid Tajeddin, member of the board of directors of the Social Commission of the Majlis, the state-run Salamat news, September 27, 2017)

This is, again, mainly due to pervasive poverty and lack of social support for destitute families in Iran while education is neither free nor mandatory.

The presidential Directorate on Women and Family Affairs published a report in 2015, according to which the illiteracy of women and girl children is in critical conditions in some 40 Iranian cities.

Drop-out of girl children, 6 years and older, is widespread particularly in the provinces of Sistan and Baluchestan, Khuzestan, Western Azerbaijan, and Eastern Azerbaijan.

Abbas Soltanian, deputy for mid-level education in the Ministry of Education, said, “A total of 4.23 per cent of students dropped out of school in the previous academic year. Girl students constituted 4.17 per cent of it, meaning that there is a big difference between girls’ and boys’ drop outs.” (The state-run ILNA news agency – June 25, 2018)

An administrative clerk in a village in Khuzestan province said, “About 50% of boys and almost all girls have no choice but to drop out of school because there are no middle schools.”

There are no girls’ high schools in the city of Hoveyzeh and the 40 villages in that region, as a result of which the majority of girls have been compelled to give up their education.

In a council session on illiteracy at the Governor’s Office in Boroujerd, Reza Ariayi said, “Over 117,000 people in Lorestan Province are illiterate, most of whom are women and villagers. The population of Lorestan is 1,750,000. The ratio of illiterates for this population is very high.” (The state-run Tasnim news agency– July 23, 2014)

Not only girls are dropping out of school in Iran’s disadvantaged provinces, but Tehran and its surrounding cities are also experiencing an increased rate of female drop-outs.

In October 2015, the director-general of Tehran’s Department of Education disclosed that 25,000 school-aged children in this city are working instead of attending school.

Shahindokht Molaverdi, former presidential deputy on Women and Family Affairs, told a seminar, “The 82% illiteracy rate makes it much more difficult for (female heads of household) to find a job, which has led to their poverty. In such conditions, they are subjected to social damages.” (The state-run ISNA news agency, TNews.Ir, October 10, 2015)

With the plunging value of the currency, high inflation, and the virtual halt to oil revenues, the economy is in shambles and poverty is pervasive.

In the past few years, Rouhani has ordered shut-down of many schools in rural communities to cut down on budget.

The Education Ministry is formally asking for tuition from students, which further contributes to school drop outs since more than 80 percent of the populace are living below the poverty line and poverty is rampant.

Poverty of families not affording to pay for their children’s education, child participation in the family’s economic activities, seasonal immigrations, and lacking registered birth certificates, are among the reasons Iranian children are deprived of going to school.

In some Iranian provinces, the percentage of illiteracy is over 30 per cent and a considerable number of children under 17 do not have the opportunity to continue their education. The parents of most of these children are illiterate, themselves, and there is a meaningful correlation between the level of education of parents and children who drop out of school.

Mixed-gender high school classes are also among the reasons girls have to quit school in some regions. In some provinces, early marriages prevent girls from continuing their education and many families need their daughters to help them in earning the family’s income.