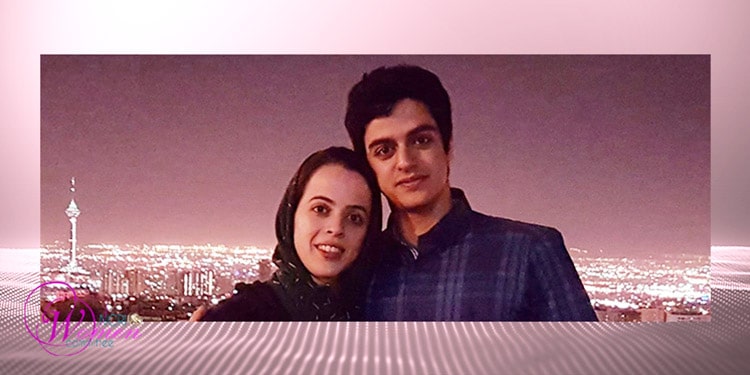 Aida Younesi and her genius brother, Ali who has been under torture for five months

Sister of Ali Younesi, a student genius, announced that her brother has been under excessive pressure to make false confessions on television, after having endured five months under torture.

Aida Younesi, sister of Ali Younesi, tweeted: “On Wednesday (September 2, 2020), my brother, Ali Younesi, was told that he can make televised confessions and accept his charges to help commute his penalty to a life sentence.”

“After five months of detention, torture in solitary confinement, and general interrogations, he has been under pressure and threats for three weeks to have interviews on the television,” Aida, sister of Ali Younesi, added.

Ali Younesi is a student genius. He was studying computer engineering at Tehran’s Sharif Industrial University. He was arrested on April 10, 2020, along with another elite student, Amir Hossein Moradi, a student of physics also at Sharif University. IRGC Intelligence agents brutalized them while making the arrest without presenting any warrants.

The mullahs’ Judiciary acknowledged their arrest on May 5, 2020, after three weeks of forced disappearance.

Amir Hossein Moradi won the silver medal in the National Astronomy Olympiads in 2017.

The mullahs’ Intelligence Ministry agents harassed and intimidated Aida Younesi with sexual and life threats if she continued her public efforts to have her brother released.

Amnesty International published a report on September 2, 2020, entitled, “Trampling Humanity: mass arrests, disappearances and torture since Iran’s November 2019 protests.” In this report, the AI revealed details of widespread practice of torture, unfair trials and death sentences issued based on forced confessions extracted under torture from those arrested.