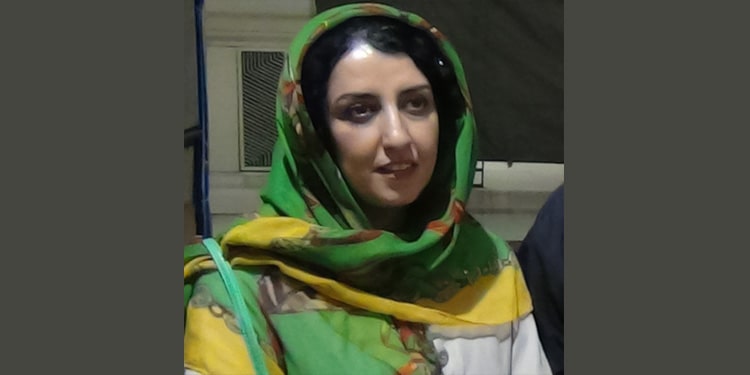 In an open letter from the Prison of Zanjan where she is serving her sentence in exile, human rights advocate Narges Mohammadi said the clerical regime’s Judiciary lacked independence.

She emphasized: “The regime thinks by tightening the rope around the neck of protesters, it could silence the nation’s voice of protest. But the execution of frustrated youths will only add fuel to the fury of the people.”

The text of the letter by human rights advocate Narges Mohammadi follows:

Killing to silence the voice of protests

The death sentence for our fellow compatriot and a wrestler, Mr. Navid Afkari is being processed. In the meantime, a number of other young people have been sentenced to death and prison terms also for taking part in nationwide protests against poverty, corruption and tyranny which have pushed the society to the verge of disintegration and collapse.

From time to time, the regime sets up the gallows and quarantine cells to carry out executions. And by doing so, it scars the conscience of our society.

The Iranian security and intelligence services and the Judiciary which lacks independence, have provided for a systematic and organized suppression. By executing young people, they want to claim that it is useless for people to protest. They also want to raise in this way the price of protests up to massacres in the streets and executions.

The regime thinks that by hanging the noose around the necks of protesters, they could silence the nation’s voice of protest. But the executions of frustrated youths will only add fuel to the people’s fury.

Poverty, inflation, and economic instability are products of systematic corruption, incompetence, mismanagement, lack of freedom of expression and lack of national supervision. They have squandered our people’s dignity, honor and respect, destroyed their homes and shattered the families.

People find no way but to protest, and unfortunately, they do not get any answers but violence, massacre, and executions.

In this painful exile, I want to do my share by expressing serious concern over our people’s poverty and despair, and protest the suppression of nationwide protests, the death sentences handed down for participants and the public masquerades organized in this regard.

As an Iranian woman, I have been serving 10 years of my sentence for opposing the death penalty. Then I was brutalized and sent to exile in an ordinary prison as punishment for protesting the killing of protesters in November 2019 protests.

I urge the people of Iran, and the world’s freedom lovers and justice advocates to convey the voice of protesters such as Navid Afkari whose throats and angry cries have been targeted by the hanging noose.