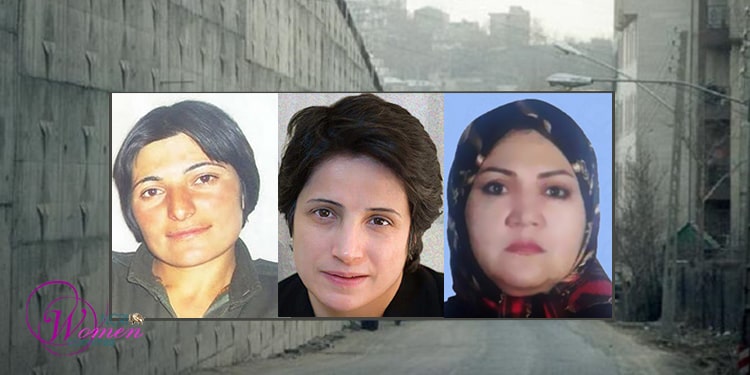 Health of political prisoners in Evin and Kerman prisons deteriorating

Reports say the health of political prisoners Nasrin Sotoudeh and Fatemeh Mosanna in Evin Prison and of Zeinab Jalalian is deteriorating in solitary confinement in the Prison of Kerman. There is grave concern about the lives of these female political prisoners.

Reports on August 31 from Evin Prison said Nasrin Sotoudeh was not feeling well on the 21st day of her hunger strike. She refused to take serum and was in critical condition. More than 10 days since that report, she refuses to end her hunger strike despite further deterioration of her health.

Another political prisoner in Evin, Ms. Fatemeh Mosanna was taken to Taleghani Hospital on Monday, September 7, 2020, following deterioration of her conditions in the quarantine cell. On Tuesday, she underwent endoscopy and colonoscopy and subsequently returned to the quarantine of the women’s ward of Evin Prison.

Fatemeh Mosanna suffers from severe stomach ache, diarrhea and nausea and is not able to take in food. During the time since she was returned from hospital to the quarantine in Evin on August 26, she did not receive proper medical care. The prison’s doctor only visited her two or three times to inject serum.

Kurdish political prisoner Zeinab Jalalian is being detained in solitary confinement in the Central Prison of Kerman without standing trial.

She recently called her family and told them of her difficult conditions in solitary. She said prison authorities had told her that she would be returned to the Prison of Khoy if she paid the expenses for her transfer!

Zeinab Jalalian contracted the coronavirus in Qarchak Prison and went on hunger strike on June 20, 2020, demanding to be returned to Khoy Prison.

The Prison of Kerman is several thousand kilometers away from Maku, where her family lives and they do not have the possibility of visiting her.

Political prisoner Sakineh Parvaneh has started another hunger strike since September 5, 2020 in the women’s ward of Evin Prison.

Ms. Parvaneh is sentenced to five years in prison. She has been beaten and brutalized several times.

Civil activist Azam Shirafkan who had been arrested during the November 2019 uprising has been sentenced to a total of 6 years and 6 months in prison by the Revolutionary Court of Karaj.

Azam Shirafkan lives in the Province of Alborz and has a child.

Continued detention of a nurse without trial

Roghieh Ghadimi Nouran continues to be detained in the Prison of Bushehr without standing trial despite passage of 20 days since her arrest and detention.

Ms. Ghadimi Nouran worked as a volunteer in Khayeez Village attending to patients suffering from Covid-19.

She was arrested on August 24, 2020 after the Health Network and the Governorate of Tangestan filed a complaint against her.

Roghieh Ghadimi Nouran suffers from cancer and diabetes. In light of the coronavirus plaguing all Iranian prisons, her life is seriously in danger.