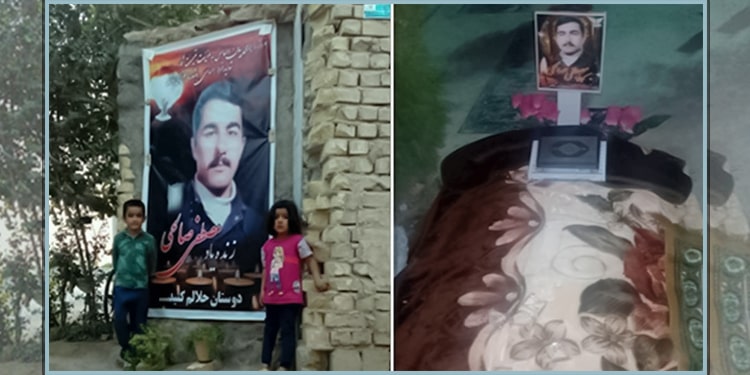 An Iranian court confiscated the ownership documents of the house, garden and belongings of the widow and parents of Mostafa Salehi, an Iran protester who was recently executed.

The Revolutionary Court of Najafabad summoned the family of Mostafa Salehi and confiscated the documents of ownership of their house and garden. The widow and parents of Mostafa Salehi were told that if they do not pay 500 million tomans as soon as possible, their house, garden and belongings would be impounded.

The bereaved widow and parents of Mostafa Salehi had earlier been summoned to the Revolutionary Court of Isfahan on September 9 and 10, where they were informed that they had to pay 500 million tomans instead of the previously set amount of 425 million tomans.

The family objected to the ruling indicating that Mostafa had been executed innocent, leaving his children orphaned.

But the court judge and staff insulted the bereaved family and stressed that they would confiscate their house, garden and belongings if they did not pay the 500 million tomans.

Subsequently, it was reported on September 12, that the Revolutionary Court of Najafabad had summoned the family and taken away their ownership documents.

Mostafa Salehi, 33, was a construction worker who earned his family’s living by working as a driver. He and his wife participated in the nationwide uprisings in December 2017 and January 2018 in protest to high prices and government corruption which lasted for several weeks. Their two children are Nazanin, 4, and Amir Hossein, 6.

Mostafa Salehi was executed on August 5, 2020 on the bogus charge of killing a member of IRGC Bassij during the nationwide protests in December 2017-January 2018. Salehi never accepted the charge and pleaded not guilty to the last moment.

After his execution, the regime’s Judiciary issued a ruling demanding the blood money for the IRGC Bassij agent from his widowed wife and bereaved family. The amount of the blood money was initially set at 425 million tomans, but has been recently increased to 500 million.

A single woman head of household and mother of two orphans, Mrs. Salehi is now being made homeless by the mullahs’ Judiciary.

The execution of Iran protesters is a bid to intimidate and discourage the people of Iran from protesting against the regime.