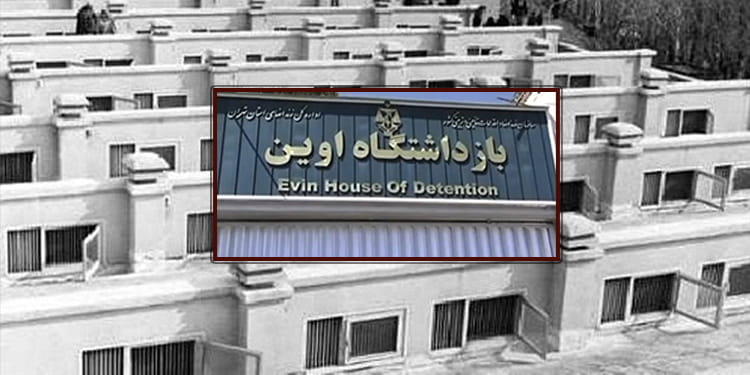 In the meantime, Kurdish political prisoner Mojgan Kavousi is continuing her hunger strike in protest to prison authorities’ refusal to grant her leave during the pandemic and also because gender discrimination enforced in Evin with regards to the use of the public phones.

Elham Khamseh, 40, was arrested on a Tehran street while she was writing anti-regime slogans on the wall. The Revolutionary Court of Tehran sentenced her to 2 years in prison for “insulting the (mullahs’ supreme) leader.” In mid-August 2020, she was arrested and taken to the women’s ward of Evin to serve her sentence.

Political prisoner Elham Khamseh is presently detained in the quarantine section of the women’s ward.

Kurdish political prisoner Mojgan Kavousi, an author and researcher, is still on hunger strike in Evin Prison. She started her strike on September 1, 2020.

Mojgan Kavousi is in this way protesting the authorities’ failure to agree with granting her leave during the coronavirus outbreak. She is also protesting gender discrimination in giving female prisoners equal opportunity to use the prison’s public phones.

Mojgan Kavousi was arrested on April 22, 2020, and transferred to the Central Prison of Nowshahr to begin serving her sentence.

Two months later, on June 22, 2020, she was transferred to the women’s ward of Evin in Tehran. The Revision Court of Mazandaran Province upheld her prison sentence of 6 years and 3 months.