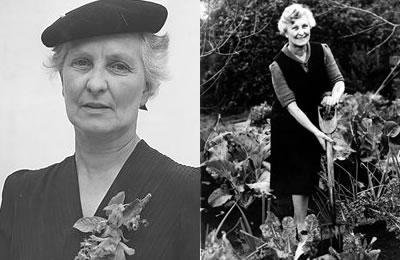 Born in Hawthorn, Melbourne, Victoria to Lebbeus Hordern, estate agent, and his wife Louisa Dewson (née Smith), Doris Hordern became involved in women’s rights and peace issues from a young age and served as the campaign secretary of Vida Goldstein, the first woman to stand for election to federal parliament in Australia.

While her husband served at different times as an Australian Labor Party (ALP) member of the Victorian and Federal parliaments, Blackburn continued to work on social issues, some of which brought her into conflict with the Labor Party (of which she too was a member) and following Maurice’s expulsion from the party in 1937, she resigned from the ALP.

Her husband continued to sit in parliament as an independent but lost his seat at the 1943 federal election to the official Labor candidate, and died the following year.

Blackburn subsequently remained active in social issues, serving as president of the Women’s International League for Peace and Freedom.

Blackburn died on 12 December 1970 in Coburg, Victoria, aged 81, survived by her two sons and one of her two daughters.