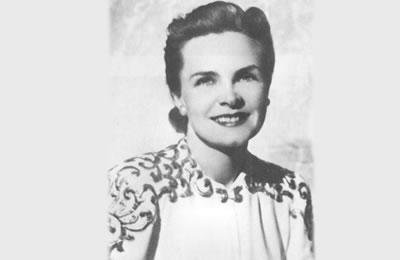 Helen Foster Snow (September 21, 1907 – January 11, 1997) was an American journalist who reported from China in the 1930s under the name Nym Wales on the developing Chinese Civil War, the Korean independence movement and the Second Sino-Japanese War.

Snow’s family moved often throughout her youth and she ended up living in Salt Lake City with her grandmother in her teenage years, until she decided to move to China in 1931.

There, she married American journalist Edgar Snow and became a correspondent for several publications. While, like her husband, she was sympathetic to the revolutionaries in China, whom she compared favorably to the Nationalists under Chiang Kai-shek, she was never a member of the Chinese or American Communist Party.

While living in Beijing, the Snows befriended leftist leaders of the 1935 December 9th Movement, who arranged for first Edgar, then Helen to visit the communist wartime capital, Yan’an, in 1937, where she interviewed Chinese Communist leaders, including Mao Zedong.

She continued to support the Cooperatives and write books based on her experiences in China. In the late 1940s, critics grouped her with the China Hands as one of those responsible for the “loss of China” who went beyond sympathy to active support of Mao’s revolution.

On January 11, 1997, Helen Foster Snow died at the age of 89 at the Fowler Nursing Center in Guilford, Connecticut. Memorial services were held in Connecticut and China.

In 1981, Helen Foster Snow was nominated for the Nobel Peace Prize for her work in China and nominated again in 1982.