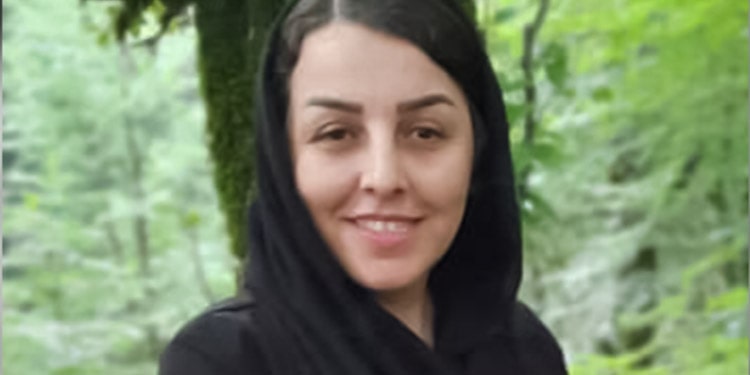 Political prisoner Hadiseh Sabouri is denied medical care in the women’s ward of Evin Prison and is deprived of being visited in a civic medical center.

Hadiseh Sabouri is 44 and married with three children. She suffers from various illnesses. Specifically, she underwent a GI surgery in 2015 when part of her intestine was removed.

Ms. Sabouri was arrested during the protests in Tehran’s Aryashahr district in August 2018. She was initially taken to the notorious women’s detention center in Vozara Avenue.

After three days of solitary detention in Vozara, she was transferred to one of the Intelligence Ministry wards in Evin Prison where she was held in solitary confinement and intensely interrogated for eight days.

Political prisoner Hadiseh Sabouri was subsequently sent to Qarchak Prison. She was temporarily released on bail in mid-September 2018 until her legal proceedings were completed.

Branch 26 of the Revolutionary Court of Tehran sentenced her to two years of suspended jail term on the charge of disrupting public security.

Political prisoner Hadiseh Sabouri was arrested for a second time in December 2019 because of her online activities on the Instagram. Intelligence service agents raided her home in Aryashahr and transferred her to the IRGC Ward 2A in Evin Prison. After undergoing interrogations for one week and being arraigned with her charges, she was temporarily released on a bail of 250 million Tomans. The next week, however, Branch 26 of the Revolutionary Court of Tehran condemned this civil activist to 3 years and 3 months and 10 days in jail. Her charges include “dissemination of false news to distort public opinion” and “propaganda against the state.”

When she appealed for the review of her case, she was ordered to stay within the limits of the capital and do not depart the city.

In early July 2020, Hadiseh Sabouri who was awaiting her review court hearings, she was called on the phone and summoned to the Intelligence Court of Evin Prison, where she was readily arrested and taken to prison to serve her jail term.