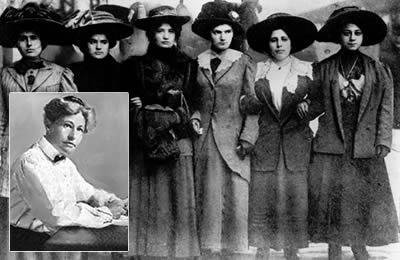 It was her strong religious background that motivated Dreier to take up religious reform. She focused on working women, women suffrage, and social and civic improvement.

From 1911 to 1915, she served on the New York State Factory Investigating Commission, which provided evidence for the passage of factory reform legislation. She also wrote articles for the WTUL’S journal, Life and Labor, to encourage unionization. In 1915, Mayor John Mitchell appointed her to the New York City Board of Education, but she resigned all posts in 1915 in order to participate completely in the final drive to achieve the vote for women.

In 1917, Dreier became chairwoman of the New York State Committee on Women in Industry of the Advisory Commission of the Council of National Defense. After the war she was a member of the executive committee of the New York Council for Limitation of Armaments (1921-1927) and headed the Committee for the Outlawry of War of the WTUL.

In 1914 she wrote Barbara Richards, a novel about working women that remained unpublished. In 1950 she published a biography of her sister, Margaret Dreier Robins: Her Life, Letters and Work.