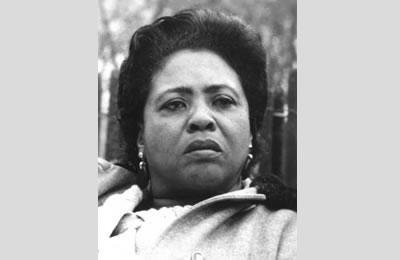 Fannie Lou Hamer (October 6, 1917 – March 14, 1977) was an American voting rights activist, a leader in the Civil Rights Movement, and philanthropist who worked primarily in Mississippi.

She was instrumental in organizing Mississippi’s Freedom Summer for the Student Nonviolent Coordinating Committee (SNCC). She was the vice-chair of the Mississippi Freedom Democratic Party, which she represented at the 1964 Democratic National Convention in Atlantic City, New Jersey.

Hamer was born in 1917 in Montgomery County, Mississippi, to Ella and James Lee Townsend, and was the youngest of 20 children.

Her family moved to Sunflower County, Mississippi in 1919 to work as sharecroppers on the plantation of W. D. Marlow. Starting at the age of six, Hamer picked cotton with her family.

She attended school in a one-room schoolhouse on the plantation, from 1924 to 1930, at which time she had to drop out to help support her family. By the age of 13, Hamer could pick 200–300 pounds of cotton daily.

During the 1950s, Hamer attended several annual conferences of the Regional Council of Negro Leadership (RCNL) in the all-black town of Mound Bayou, Mississippi.

On August 23, 1962, Rev. James Bevel, an organizer for the Student Nonviolent Coordinating Committee (SNCC) and an associate of Dr. Martin Luther King, Jr., gave a sermon in Ruleville, Mississippi. He followed it with an appeal to those assembled to register to vote. Since 1890, most blacks had been disenfranchised in Mississippi by a constitution and laws that raised barriers to voter registration, such as poll tax, and literacy and comprehension tests assessed by white registrars. In the late 1950s and early 1960s, black people who tried to register to vote in Mississippi and other southern states faced serious hardships due to institutionalized racism, including harassment, loss of their jobs, and physical attacks and death. Hamer was the first volunteer to respond to Bevel’s call.

On August 31, 1962, Hamer traveled on a rented bus with other Bevel volunteers to Indianola, Mississippi, to register. In what would become a signature trait of Hamer as an activist, she began singing African-American spirituals, such as “Go Tell It on the Mountain” and “This Little Light of Mine”, to the group in order to bolster their resolve. Singing the spirituals also reflected Hamer’s belief that the civil rights struggle was a deeply Christian one. That same day, after Hamer returned to the plantation, she was fired by the owner Marlow; he had warned her against trying to register to vote.

Hamer’s courage and leadership in Indianola came to the attention of SNCC organizer Bob Moses. He dispatched Charles McLaurin from SNCC to find “the lady who sings the hymns”. McLaurin found and recruited Hamer, and though she remained based in Mississippi, she began traveling around the South doing activist work for the organization.

On June 9, 1963, Hamer was on her way back from Charleston, South Carolina, with other activists from a literacy workshop. Stopping in Winona, Mississippi, the group was arrested on a false charge and jailed. Once in jail, Hamer’s colleagues were beaten by the police in the booking room. Hamer was then taken to a cell where two inmates were ordered, by the police, to beat her using a blackjack. The police ensured she was held down during the almost fatal beating, and beat her further when she started to scream.

Released on June 12, she needed more than a month to recover. Though the incident had profound physical and psychological effects, Hamer returned to Mississippi to organize voter registration drives, including the “Freedom Ballot Campaign”, a mock election, in 1963, and the “Freedom Summer” initiative in 1964. She was known to the volunteers of Freedom Summer — most of whom were young, white, and from northern states — as a motherly figure who believed that the civil rights effort should be multi-racial in nature. 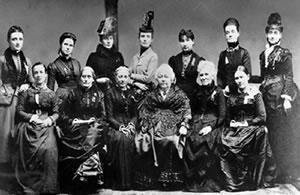 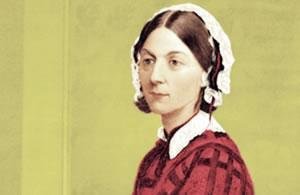 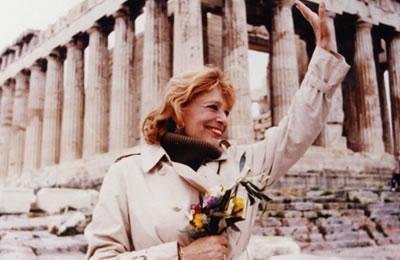