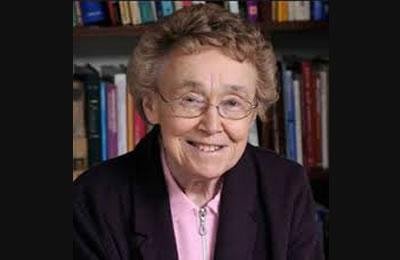 Lorna Wing, OBE, FRCPsych (October 7, 1928 –June 6, 2014) was an English psychiatrist. She was a pioneer in the field of childhood developmental disorders who advanced understanding of autism worldwide, a leader in her field who introduced the term Asperger Syndrome and was involved in founding the National Autistic Society (NAS) in the UK.

Wing trained as a medical doctor, specialising in psychiatry. Her focus changed to childhood developmental disorders in 1959.

At that time autism was thought to affect around 5 in 10,000 children, but its prevalence in the 2010s is considered to be around 1 in 100 following the awareness raised by Wing and her followers.

Her research, particularly with her collaborator Judith Gould, now underpins thinking in the field of autism. They initiated the Camberwell Case Register to record all patients using psychiatric services in this region of London.

The data accumulated by this innovative approach gave Wing the basis for her influential insight that autism formed a spectrum, rather than clearly differentiated disorders. They also set up the Centre for Social and Communication Disorders, the first integrated diagnostic and advice service for these conditions in the UK.

Wing was the author of many books and academic papers, including Asperger Syndrome: A Clinical Account, a 1981 academic paper that popularised the research of Hans Asperger and introduced the term “Asperger syndrome”.

Although groundbreaking and influential, Wing herself cautioned in her 1981 paper that “It must be pointed out that the people described by the present author all had problems of adjustment or superimposed psychiatric illnesses severe enough to necessitate referral to a psychiatric clinic … (and) the series described here is probably biased towards those with more severe handicaps.”

She joined with other parents of autistic children to found the organisation now known as the National Autistic Society in the United Kingdom in 1962.

She was a consultant to NAS Lorna Wing Centre for Autism until she died.