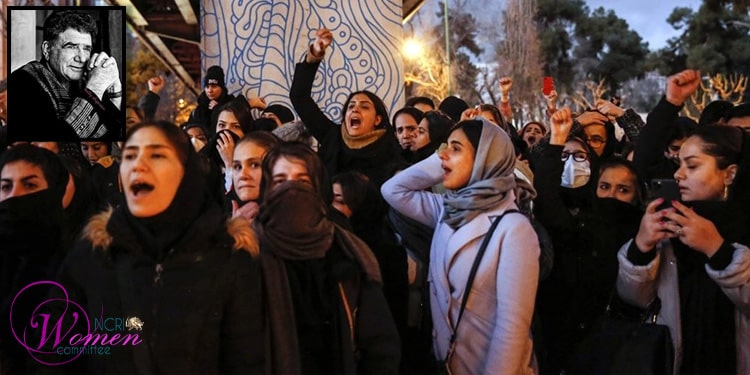 Iran’s legendary singer Mohammad Reza Shajarian passed away at 80, after a long bout with cancer. Thousands of people packed the streets outside the hospital where he died. The memorial for Shajarian turned into an anti-regime protest as people chanted “death to the dictator,” “death to Khamenei,” “May the dictator die, Shajarian will never die,” and “State TV is our national disgrace.”

Women were remarkably daring in leading the chants against the regime’s supreme leader.

After prayers on the body of Iran’s iconic singer, Mohammad Reza Shajarian, his casket was taken to the airport to be flown to Mashhad, his birthplace.

Mrs. Maryam Rajavi, the NCRI President-elect, condoled the people of Iran, Iran’s arts community, and Mr. Shajarian’s family and friends on the passing of “one of Iran’s greatest artists.”

Mrs. Rajavi added that Shajarian’s “brilliant work and record are everlasting” as “the most precious treasures of our national art.”

“The ruling mullahs’ restrictions and pressures have not and will never undermine his status and his enormous contributions to Iran’s art and music,” she stressed.

Expressing hope that Iran’s arts community will build upon Shajarian’s “contributions, teachings, and unique innovations,” Maryam Rajavi encouraged them to “add to Iran’s unrivaled treasures of arts and culture.”

Several generations of Iranians have warmly received Mr. Shajarian’s vocals and will never forget him.