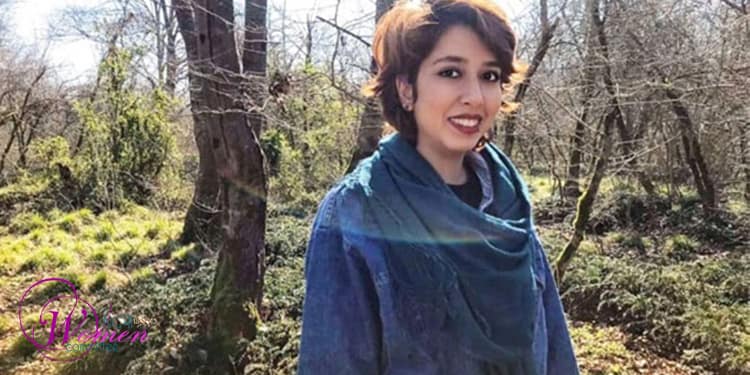 Two weeks past injury to her ankle, political prisoner Saba Kord Afshari has not yet received proper medical care and treatment in Evin Prison.

Saba Kord Afshari hurt her ankle two weeks ago. On Wednesday, October 14, 2020, she personally opened her cast, as she was no longer able to walk without a cane. But she saw that her ankle is badly swollen and bruised.

Her fellow inmates took her to the clinic, but the staff intended to transfer her to a civic hospital around noon. This is the worst timing for sending any patient to hospital.

So, Saba Kord Afshari protested and refused to go to hospital in lunch time, avoiding a useless trip to a hospital filled with C0VID-19 patients.

On September 19, she was sent to Tehran’s Taleghani Hospital but since she did not have money on her to pay for the expenses, she was returned to prison without any treatment.

Saba Kord Afshari was re-arrested in Tehran on June 1, 2019, for protesting against the mandatory veil (Hijab). She was taken to the Vozara Penitentiary, where she was held in solitary confinement until June 11 and forced to confess under duress. Saba was sentenced to 24 years of imprisonment.

Kurdish researcher and writer Mojgan Kavousi also refused to be operated on at Tehran’s Taleghani hospital because the hospital is filled with COVID-19 patients.

The Kurdish author is sentenced to 6 years and three months’ imprisonment. She went on hunger strike on September 1, 2020 but ended it on September 23, upon recommendation of physicians due to her dire health conditions.